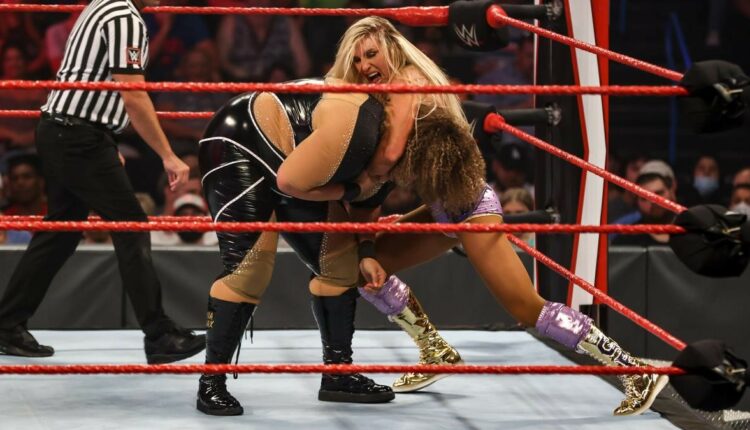 WWE fans were baffled as Charlotte Flair and Nia Jax appeared to trade real blows during their match on Raw.

The two top stars faced off on last night’s show after Jax had attacked Rhea Ripley earlier in the night, but those watching at home seemed confused as things appeared to take a nasty turn.

Of course, as wrestling fans know, while the risks the performers take and the talent they have is very real, the matches themselves require immense skill and cooperation between opponents to deliver a spectacle.

However, one uncomfortable moment saw the Queen land awkwardly after a slam by her opponent, and Flair didn’t look happy as she seemed to slap Nia for real (known as a ‘shoot’ in the wrestling world).

This led to a stiff exchange between the pair with Jax appearing to land some heavy blows as she swung for her opponent, and they pulled either other’s hair as there was a brief part where they didn’t seem to want to respond to each other’s offense.

Even the commentators described the bout as ‘ugly’, and as Nia pinned her opponent after a huge modified powerbomb/slam manoeuvre, Flair seemed to say something to her fellow star.

It was a surreal match, with plenty of fans flooding to social media as many of them suggested what they were watching might have crossed over into being a real fight.

One viewer wrote: ‘Charlotte and Nia Jax was fighting FOR REAL FOR REAL (sic)’

Another added: ‘Damn Charlotte + Nia Jax match [got] a little too real on #WWERaw’

And Fightful editor Sean Ross Sapp tweeted: ‘I dunno what the hell happened in Charlotte/Nia but I couldn’t take my eyes off of it’.

There’s always the chance the two women just did a fantastic job of selling their on-screen issues, but even WWE Hall of Famer Mick Foley wasn’t quite sure what he was witnessing.

The Hardcore Legend said: ‘Just wondering…WTF was up with that #CharlotteVsNia match?’

If you’ve got a celebrity story, video or pictures get in touch with the Metro.co.uk entertainment team by emailing us [email protected]k, calling 020 3615 2145 or by visiting our Submit Stuff page – we’d love to hear from you.