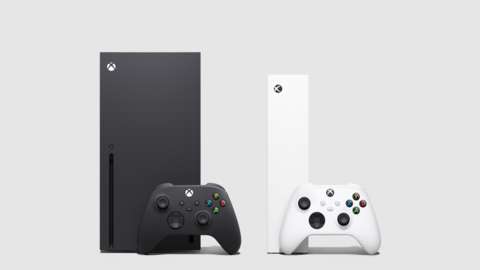 Xbox Series S Is So Small, Phil Spencer Had It In His Background And We All Missed It

We know the Xbox Series X is a hefty console when compared to Xbox One and One X. We also know the PlayStation 5 is one of the taller systems coming to the market. But just how big is Microsoft’s “smallest Xbox ever,” Xbox Series S? You only need to check out Phil Spencer’s shelf to get an idea.

According to the official Xbox Twitter account, the head of the company has had the system on his shelf in livestream since July 1. In fact, the company pointed it out with a magnifying glass like it’s a game of Where’s Xbox. It’s so small, it’s just been hiding next to some white stuff like binders and such.

It’s difficult to point out. The zoom, while helpful, doesn’t exactly make it apparent that what’s behind Spencer is, in fact, the Xbox Series S. However, that’s likely a testament to the discless system’s size.

We went hands-on with mockups of both the Series S and Series X, with editor Michael Higham getting an up-close look of the console’s final design. Higham walked away stunned with how surprisingly unbulky the Xbox Series X actually is.

Both systems are slated to launch this November 10 for $299 (Series S) and $499 (Series X). You can check out our Xbox Series S and Series X preorder guide to learn more about the next gen consoles.

Now Playing: Xbox Series S VERSUS Series X: Which Is Right For You?

State Of Live Games: How Every Game-As-A-Service Is Going Into Next Gen