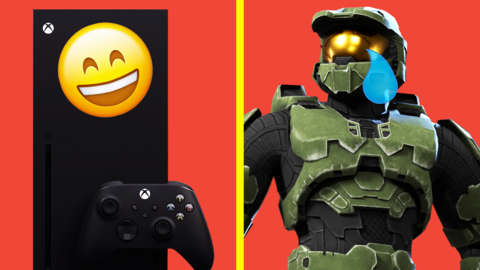 On today’s Save State, Chastity talks about how the Xbox Series X is launching in November, but without Halo Infinite due to a delay. Meanwhile, Splinter Cell’s Sam Fisher is coming to Rainbow Six Siege.

We’re one step closer to a release date for the Xbox Series X, as Microsoft has confirmed via blog post on the Xbox Wire that the Series X launches this November. There’s no specific date and there’s still no word on price. One major game that won’t launch with Series X is Halo Infinite – which has been delayed to 2021.

In other news, Splinter Cell’s Sam Fisher is coming to Rainbow Six Siege as a playable character. He is one of the new operators in the next season, Operation Shadow Legacy.

While you’re here, check out GameSpot’s merch store! Until the end of August, all the proceeds will go to charity, split between Black Lives Matter and COVID-19 direct relief.

Check it out here: https://store.gamespot.com/

Tenet Runtime Revealed, And Here’s How It Compares To Other Nolan Movies

The Last Of Us 2 Almost Had A “Previously On” Opening