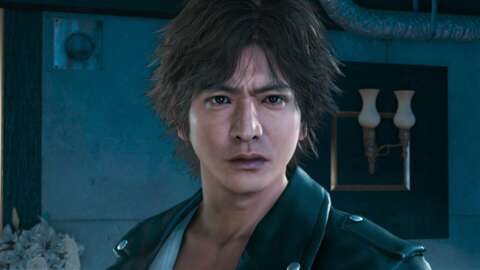 Sega and developer RGG Studio announced that they are re-releasing Judgment–the Yakuza series spinoff that first launched in 2019 as a PlayStation 4 exclusive–for PlayStation 5, Xbox Series X, and Stadia. The game will be remastered with “refined visuals” and will run at 60 fps to take advantage of the new hardware. You also won’t have to wait long; this new version is set to launch on April 23 this year for $39.99 USD.

Judgment takes place in the same universe as the Yakuza franchise but tells an entirely separate story from the mainline games. While it uses the familiar setting of Kamurocho and incorporates a few recognizable elements, such as the Tojo Clan and crime drama, you won’t need an extensive Yakuza background to enjoy it. You play as a Takayuki Yagami, a disgraced lawyer turned private detective who uncovers a much larger conspiracy–it’s a gripping story with a different tone from the Yakuza games but still has the same storytelling qualities.

The game plays much like previous Yakuza games with action brawler combat, however Yagami is a lot more acrobatic and it influences the way he fights. And Kamurocho is again a lively open city full of side quests and minigames to fill out the world. You’ll do detective work as well, investigating environments to find clues and questioning key witnesses and suspects to advance the plot.

This is the latest in Sega’s and RGG Studio’s effort to bring the broader Yakuza franchise to more platforms with visual and performance improvements. Just last week, the Yakuza Remastered Collection came out on PC and Xbox platforms (also via Game Pass), and I covered why Yakuza 3, 4, and 5 are important games that everyone should eventually play.

Note that you can also play the original PS4 version of the game on PS5, but without next-gen improvements–Sega has said that there will not be cross-buy between PS4 and PS5 versions of the game. Although Yakuza games have been made available on PC recently, Judgment will not be getting a PC version at the moment.