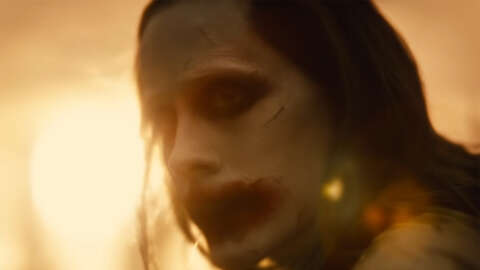 One of the most surprising revelations about Zack Snyder’s director’s cut of is that the film will feature the return of the Joker, as portrayed by Jared Leto–who reprises his role from the Suicide Squad movie. The addition raises so many questions about the new version of the film and what it could mean for the future. Thankfully, Snyder gave some context during . The director also shared a new clip of the movie and revealed that multiple versions of the film will be released–some potentially in theaters.

As seen in a trailer for Justice League, Joker appears in Batman’s Knightmare vision of a post-apocalyptic world that was first seen in Batman v Superman: Dawn of Justice. How that fits into this movie and whether it’s actually a version of the future or merely a dream remains to be seen, though it could have something to do with the . Regardless, that setting was too tempting for Snyder to not include Joker.

“You’d always wanted [Joker] to be in the Knightmare reality,” he explained. “And so it was a great opportunity. And when I talked to Jared and he was interested in doing it, I just felt like, ‘Okay, this feels like a thing. I can’t pass up.'”

As for Joker’s new look in the film, Snyder elaborated on the makeover. “What inspired the look was, you know, the sort of post-apocalyptic world that I’m a huge fan,” he said. What’s more, this version of Joker–and the Knightmare sequence as a whole–could have eventually fed into future movies.

It’s worth noting that while Snyder did collaborate with Leto on Joker’s appearance in Justice League, he did not consult with Suicide Squad writer and director David Ayer. Instead, Snyder said he looked to the film itself, as well as the images released to support it–including advertising. “I was inspired a lot by that imagery,” he said.