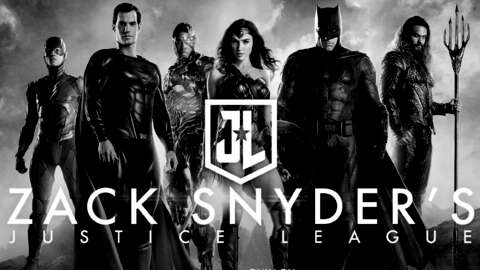 Zack Snyder’s cut of Justice League arrives on HBO Max on March 18. The director revealed that the finale of the movie is open-ended. During IGN’s Fan Fest, Snyder said multiple times that his cut of the movie ends on a “massive cliffhanger.”

Snyder spoke additionally about the original Justice League, which was going to be two have more films. “No, [The Snyder Cut] doesn’t really encompass any of the additional movies, other than little, I mean it hints at a potential other worlds,” explained Snyder. “I plant the seeds, as I wanted to of what would come in the you know later films.”

Originally, the sequel to the theatrically-released Justice League would have taken the team to the Knightmare future where we briefly saw Batman. “The next movie–if there ever was one and doesn’t seem like there ever will be–but if there was, it would exist, primarily in that world with them trying to set it right,” Snyder explained.

However, when it comes to the Snyder Cut, all we know is that is ends on a cliffhanger. Where it will take us next, all the major differences from the theatrical cut, and what happens won’t be known until the Snyder Cut of Justice League lands on HBO Max next month. IGN Fan Fest also revealed the opening title shot of the new movie, which contains a bunch of Easter eggs.