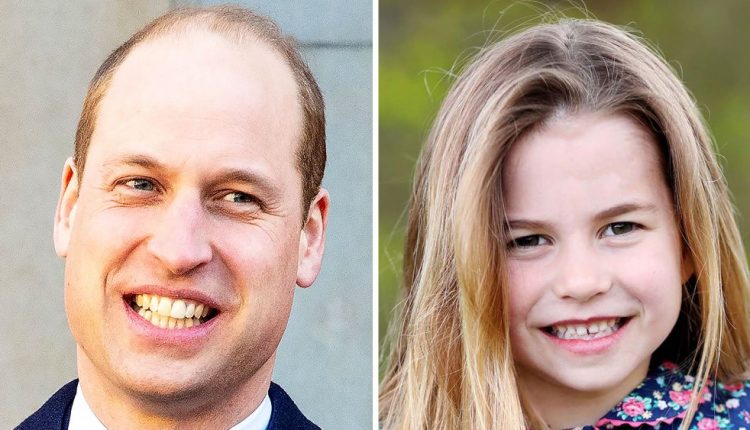 “If you ask her, she says she’s 16,” William, 38, told one organizer while visiting Babcock Vehicle Engineering in Walsall, England, on Tuesday, May 4. “Charlotte says, ‘I’m 6 now, I’ll do what I want.’ They grow up very fast.”

The Duke of Cambridge spoke about Charlotte’s Sunday, May 2, birthday celebrations, while learning about the company’s efforts to create new ventilators used during the coronavirus pandemic health crisis on Tuesday.

“She had a lovely day,” William said, noting Charlotte’s fifth birthday was in lockdown last year, so “there was no birthday party.” This year, however, he revealed they were able to have “one other family” attend a small bash over the weekend.

William, who shares Charlotte and her brothers, Prince George, 7, and Prince Louis, 3, with wife Duchess Kate, admitted the Sunday celebration “wasn’t a party” per se, but “we made it as fun as for her as possible.”

The royal family released a portrait, which was taken by the Duchess of Cambridge, 39, in honor of Charlotte’s big day on Saturday, May 1.

Charlotte’s portrait dress, which was a Rachel Riley floral-print frock with pink buttons, sold out shortly after the photo was published. The designer told Vanity Fair on Tuesday that Charlotte already seems to have the “Kate effect” like her mother, making her fashion evolution something to watch.

“We look forward to seeing Princess Charlotte’s style develop as she continues to grow and mature,” Riley said. “And we have no doubt she will become as much of a style icon as her mother is.”

The young royal is also following in her mom’s footsteps when it comes to her love of the great outdoors, according to royal expert Katie Nicoll. “Charlotte is a massive fan of spiders and loves looking at them and learning about them,” Nicholl told OK! in January. “So [Kate and Charlotte] go on spider hunts so that she can see them up close and then let them go.”

After turning 5 in May 2020, Charlotte felt “so grown up,” a source exclusively told Us at the time. “She likes to pick out her own outfits with Kate’s help, and if she doesn’t like a dress she’s wearing, she makes her feelings known,” the insider added. “She doesn’t feel intimidated in front of crowds of people unlike most kids her age.”