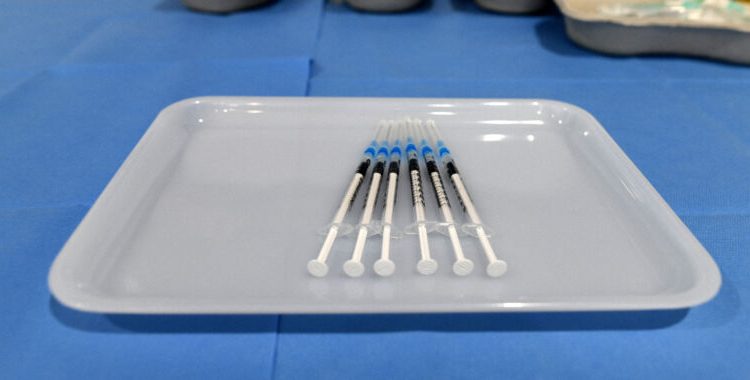 Could a 3rd shot of current COVID vaccines be enough to thwart variants?

With worrisome coronavirus variants seemingly emerging and spreading everywhere, lead vaccine makers are wasting no time in trying to get ahead of the growing threat.

This week, Moderna and partners Pfizer and BioNTech announced they have kicked off new vaccine clinical trials aimed at boosting the effectiveness of their authorized vaccines against new, concerning SARS-CoV-2 variants—primarily B.1.351, a variant first identified in South Africa.

In a set of studies published last week in the New England Journal of Medicine, both the Moderna mRNA vaccine and Pfizer/BioNTech mRNA vaccine spurred antibodies in vaccinated people that could neutralize the B.1.351 variant. But the levels of those neutralizing antibodies were significantly lower than what was seen against past versions of the virus. (Both vaccines performed well against the B.1.1.7 variant, first identified in the UK, which is expected to become the dominant strain in the US next month.)

Though the vaccine makers still expect the current vaccines will protect against B.1.351 and other variants—at least averting severe disease and deaths—they’re preparing for the worst. The good news is that the mRNA vaccine design is relatively easy to tweak against the variants.

The variants carry dangerous mutations in critical areas of their spike protein, which appear to render the viruses more transmissible and virulent than the original SARS-CoV-2. Adjusting the current vaccines to target the variants involves simply editing the code of the spike mRNA molecule used in both of the vaccines so that it matches the variants’ mutations. Moderna and Pfizer/BioNTech have each said that such adjustments could take mere weeks to pull off.

But the vaccine makers are starting their battle against the variants with an even simpler strategy: Giving people a third shot of the current vaccines. The thinking is that a third dose on top of the current two-dose regimen could further raise levels of antibodies and other protective immune responses. As mentioned above, data so far suggests that the vaccines do spur the production of neutralizing antibodies against the variants—they’re just at relatively low levels. A third shot—aka a second booster—could further boost the levels and increase protection.

More of the same

On Thursday, Pfizer and BioNTech announced that they had started a trial testing out the three-shot strategy. They’re drawing upon 144 people who were vaccinated six to 12 months ago in their Phase I trial. After the third shot, the companies will watch for side effects as well as levels of antibodies in the participants. As the companies put it, the trial will “assess the boostability” of the vaccine.

“While we have not seen any evidence that the circulating variants result in a loss of protection provided by our vaccine, we are taking multiple steps to act decisively and be ready in case a strain becomes resistant to the protection afforded by the vaccine,” Pfizer CEO Albert Bourla said in a statement. “This booster study is critical to understanding the safety of a third dose and immunity against circulating strains.”

In the meantime, the companies are also working on plans to roll out a trial of a B.1.351-specific vaccine.

Moderna, meanwhile, is moving ahead with its variant-specific vaccines. It has already manufactured a B.1.351-specific vaccine, which it has shipped to collaborators at the National Institutes of Health for the start of clinical trials. In addition, Moderna will also test a combo vaccine that contains both the original vaccine and the B.1.351-specific component. Lastly, the company has already begun a trial testing a third shot of its current vaccine.

“As we seek to defeat COVID-19, we must be vigilant and proactive as new variants of SARS-CoV-2 emerge,” Moderna CEO Stéphane Bancel said in a statement. “Leveraging the flexibility of our mRNA platform, we are moving quickly to test updates to the vaccines that address emerging variants of the virus in the clinic. Moderna is committed to making as many updates to our vaccine as necessary until the pandemic is under control.”

In advance of results from this new round of trials, the US Food and Drug Administration this week issued new guidance on how vaccine makers could obtain authorization for their updated vaccines. In short, the regulatory agency made clear that companies can submit data from smaller trials—relative to the massive ones they needed to prove effectiveness for their initial authorizations. The trials can also focus on immune responses seen in participants to evaluate effectiveness rather than the number of COVID-19 cases in vaccinated people compared with those in a placebo group.

Perez: My experience a ‘big’ weapon in bid to beat Verstappen