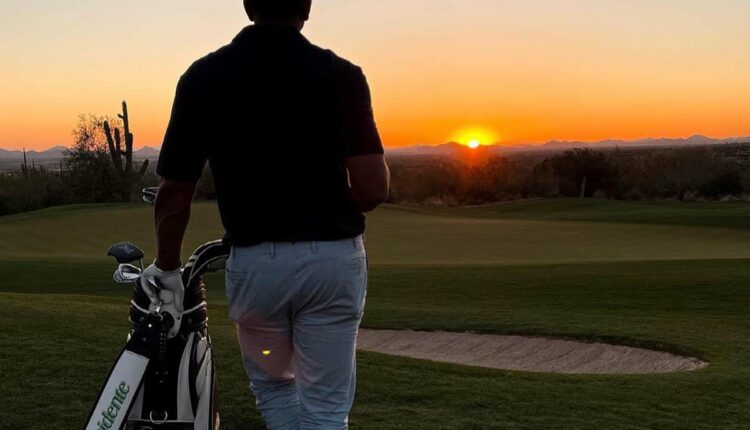 Is there a silver lining? Alex Rodriguez is trying to keep his head held high following his split from Jennifer Lopez — and amid her reunion with Ben Affleck.

“The sun is setting on a perfect golf day, and I’m feeling very appreciative for all of the wonderful things in life. ☀️,” the former MLB star, 45, wrote via Instagram on Thursday, May 27, alongside a photo of himself gazing out at a golf course at golden hour. “Tell me something good that happened to you today.”

Rodriguez began dating Lopez, 51, in 2017 and popped the question two years later. After postponing their wedding several times amid the coronavirus pandemic, the pair called it quits in April, telling Today in a joint statement that they’re “better as friends.”

Not long after ending her engagement to the retired athlete, the Hustlers actress was spotted in Los Angeles with Affleck, 48, her ex-fiancé. The old flames spent Mother’s Day weekend together in Big Sky, Montana, before reuniting in Miami, where they were caught packing on PDA during a workout, according to In Touch.

“Jen and Ben are both very happy with each [other] and are excited to see where the relationship goes,” a source exclusively told Us Weekly earlier this week. “They are full-on dating and very happy together.”

The Grammy nominee and the Good Will Hunting star first met in 2001 on the set of Gigli and were engaged from 2002 to 2004. In the years since their split, they’ve “always remained close friends,” the insider added. “They picked up where they left off in terms of affection for each other.”

Watching his former fiancée move on has been hard on Rodriguez. “It’s the first time anyone can remember him being dumped like this, at least publicly,” a second source revealed, noting that the breakup “really hurt his ego.”

The former New York Yankees player wanted to believe there was some way he and Lopez would still find their happy ending. “There’s a part of him that still clings onto the hope that they’ll wind up together again but deep down he’s had to accept the harsh truth that she’s over him and moving on with Ben,” the insider said. “It’s a tough pill to swallow but that’s his new reality.”

Though it’s been a challenging adjustment, Rodriguez is trying to look on the bright side, telling fans about his “new beginning” in a cryptic Instagram Story.

“Anything that doesn’t serve me is clearing out of my life. New energy is emerging,” he wrote on Sunday, May 23. “New levels are unlocking for me mentally, physically and spiritually. I am remaining patient and know that this new phase of my life is coming.”