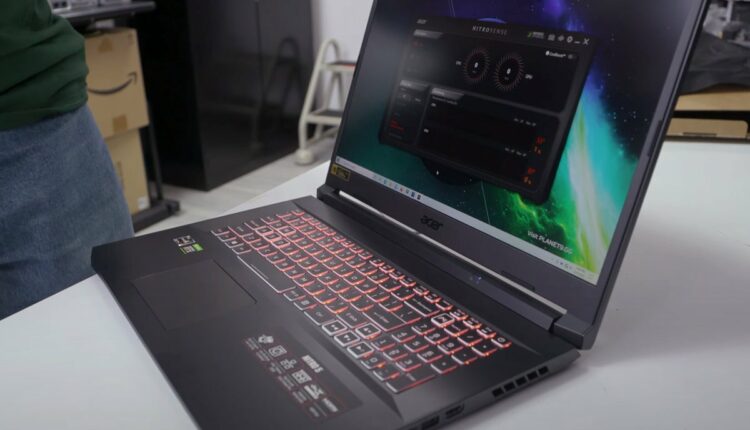 Acer Nitro 5 hands-on: This RTX 3080 laptop might be a screaming value 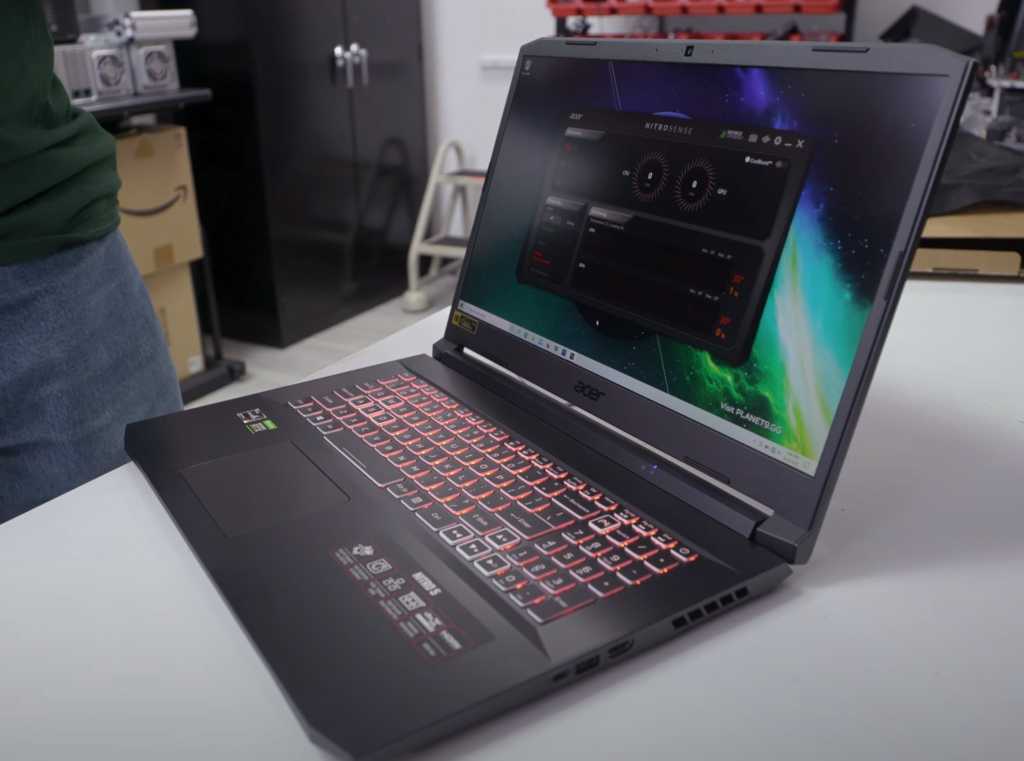 Can you get an 8-core gaming laptop with a GeForce RTX 3080 inside without completely breaking the bank? Yes.

That’s the pitch for Acer’s latest Nitro 5 iteration, at least, which packs an 8-core Ryzen 7 5800H processor, a GeForce RTX 3080 Laptop 8GB GPU, and an ultra-fast 17.3-inch 360Hz panel for $2,099.99 on Amazon. Sure, there’s no optical mechanical keyboard, per key RGB lighting, or fancy magnesium or carbon here (it’s mostly plastic) but for gamers, having a fast CPU and a fast GPU might be all that matters, especially paired with such a speedy screen. Most RTX 3080 laptops cost hundreds more.

We recently got to unbox the Acer Nitro 5 and run a few benchmarks before shipping it off for a proper review. You can watch our unboxing video on Youtube or embedded below.

Although this isn’t our proper review, we had a chance to run a few tests, which we’ll tease below. First up is the unsurprisingly awesome performance of the 8-core Ryzen 7 5800H using Maxon’s Cinebench R20. The results are dead even with the smaller Acer Nitro 5 we reviewed previously.

The performance of the Ryzen 5000-series is well-established though. We were more interested in seeing where the GeForce RTX 3080 Laptop fell since we haven’t tested one with 8GB instead of 16GB of onboard VRAM yet. More importantly, the GPU is rated at 95 watts of total graphics power (TGP), versus units with far larger thermal budgets.

Using the synthetic 3DMark Time Spy test, we can easily ignore the impact of the CPU to concentrate on how the GPU alone handles. Overall, we’d say the 8GB GeForce RTX 3080 did fairly well, with performance comparable to laptops with pricier 16GB versions that are limited to a 105 watt TGP, and even one at a 130 watt TGP.

For one last glimpse of the 8GB RTX 3080’s prowess we also ran Chaos Group’s V-Ray 5 test, which lets you render a 3D model on either the CPU, the GPU (supposedly using CUDA), or using the dedicated ray tracing cores of Nvidia’s RTX cards. Performance is again comparable to the 16GB version of the GPU at a 105 watt TGP. So unless you need that 16GB of RAM for something specific, spending more for a 16GB version of the RTX 3080 probably isn’t worth it for most people—especially when paired with 1080p panel.

We’ll have our full review of the laptop up soon, so stay tuned.

12 Essential Things to Refuse to Be a Really Happy Person