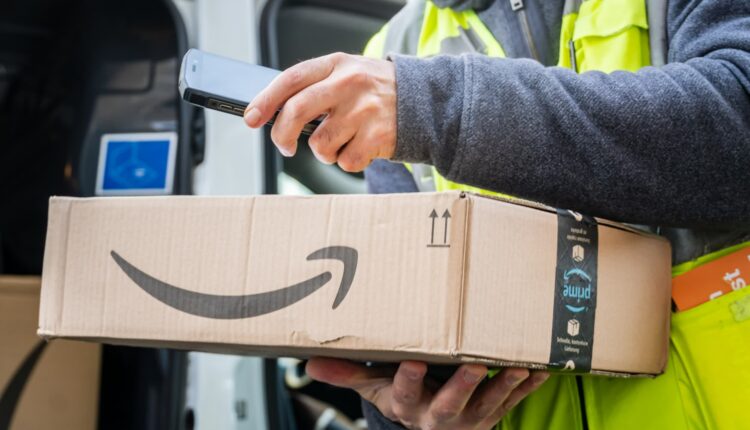 Amazon says it will cover the entire cost of college tuition fees for 750,000 frontline workers

In brief: Amazon is attempting to throw off its reputation for treating employees poorly by offering to cover the entire cost of college tuition fees for 750,000 of its frontline workers. The move is part of Amazon’s plan to expand its education and skills training benefits offered to US employees that will reach a total investment of $1.2 billion by 2025.

Amazon said the scheme would cover the cost of college tuition, fees and textbooks for warehouse, transportation, and other hourly employees in its operations network. Anyone wishing to participate must have worked for the company for at least 90 days.

The retail giant will also start covering the cost of high school diplomas, GEDs, and English as a Second Language (ESL) proficiency certifications. Additionally, the company is adding three new education programs to provide its employees with the opportunity to learn skills in data center maintenance and technology, IT, and user experience and research design. It previously offered to pay 95% of tuition, fees, and textbooks for hourly associates through its career choice program.

Amazon added that it plans to extend its free skills training to 300,000 employees, or about 30% of its workforce, over the next four years.

“Amazon is now the largest job creator in the US,” wrote Dave Clark, chief executive of worldwide consumer at Amazon. “We know that investing in free skills training for our teams can have a huge impact for hundreds of thousands of families across the country.”

Amazon will pay its employees’ tuition and fees in advance rather than reimbursing them, which should help those staff who can’t afford to start or complete courses.

“This new investment builds on years of experience supporting employees in growing their careers, including some unique initiatives like building more than 110 on-site classrooms for our employees in Amazon fulfillment centers across 37 states. Today, over 50,000 Amazon employees around the world have already participated in Career Choice and we’ve seen first-hand how it can transform their lives.”

Amazon is joining retail rivals Walmart, Target, and Kroger in offering educational benefits to workers. Walmart also said it would cover the cost of tuition and books for its hourly staff, while Target is to provide free undergraduate degrees to more than 340,000 workers.

Back in May, Amazon announced it was hiring 750,000 staff with a starting wage of $17 per hour. It also offered a sign-on bonus of up to $1,000 in some states. The company said this was in addition to its complement of full-time employee benefits that include health, vision, and dental insurance as well as paid parental leave and an attractive 401(k) plan with a 50 percent match.

Look at the stat and consider the context https://t.co/9bSy3Jv7hC pic.twitter.com/DLlxdb7DV3

Amazon is working hard to shake off reports of its toxic work environment. There have been claims of it firing pregnant women for taking too many bathroom breaks, aggressive anti-union measures, working conditions that are far from safe, and elevators used exclusively for products. There have also been numerous reports of staff urinating in plastic bottles as they don’t have time or aren’t allowed to go to the bathroom.

Consumers Want Control. To Compete, Your Brand Needs to Give It to Them