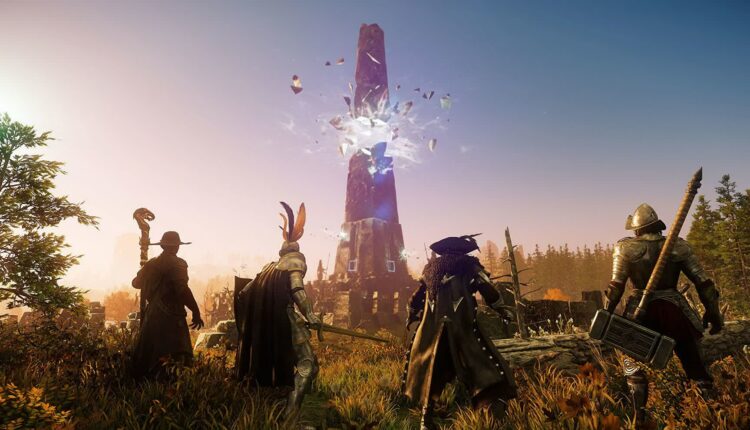 Something to look forward to: Good news if you’re one of the many people looking forward to Amazon Games’ New World. The MMO had a very successful closed beta—apart from killing some EVGA RTX 3090 cards—and the company has now announced an open beta that will begin on September 9th ahead of its official release a few weeks later.

Amazon Games revealed New World’s open beta at Gamescom’s Opening Night yesterday. It starts on September 9th and ends on September 12th, with the full release arriving on September 28th. The announcement came via a new trailer that shows more of the universe players will be inhabiting.

The recent New World closed beta was a huge success, attracting a peak of over 200,000 concurrent players. Though, it did draw a lot of attention over its ability to brick a few EVGA RTX 3090 cards before Amazon Games addressed the issue with a patch.

Further evidence of how excited people are about New World comes from Steam. The platform’s most-wishlisted games include Amazon’s title in the number two spot, beaten only by Dying Light 2. And this is despite, or perhaps because of, the MMO being delayed four times.

Amazon will doubtlessly be pleased by the response to New World so far. Its previous release, the free-to-play multiplayer shooter Crucible, was a shambles: it arrived in beta, got a full release, went back into beta after concurrent player numbers fell below 100, and then joined the Lord of the Rings MMO and Breakaway MOBO on the list of canceled Amazon games.

Those wanting to take part in the open beta can do so via Steam’s new playtest feature, allowing users to request access directly from the New World Steam page and download it once available.