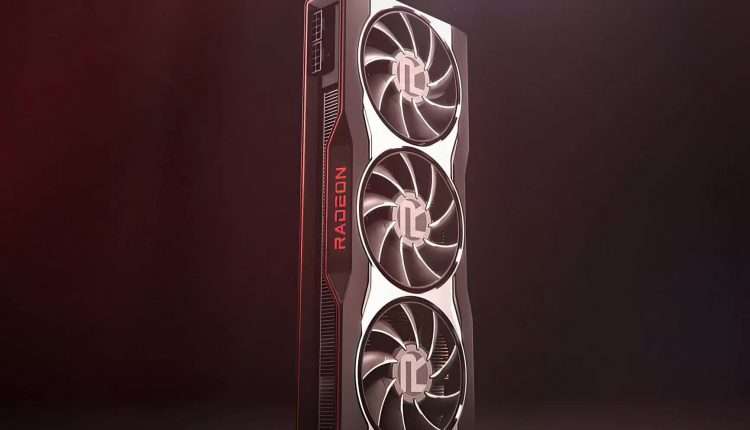 Highly anticipated: One brave Redditor who trawled through the deep mines of macOS Big Sur code has uncovered preliminary specifications for AMD’s upcoming Navi 21, Navi 22, and Navi 23 GPUs. Although the information isn’t entirely precise, it’s sufficient to conclude that these will be very, very powerful GPUs.

Listed plainly and clearly within macOS code is the number of compute units each GPU will have: Navi 21 will have 80, Navi 22 will have 40, and Navi 23 will have 32. Assuming that each compute unit corresponds to sixty-four shaders, the GPUs will have 5120, 2560, and 2048 shaders respectively. The clock speeds for each GPU are a little more ill-defined, and we’ll explain why in a second, but the driver lists speeds from 2 GHz to 2.5 GHz.

There’s also a mention of a Navi 31 GPU with 80 compute units; 5120 shaders; but there’s no other info on that chip yet – that one’s still a year from release.

There was incomplete information on Navi 23. And fun fact: AMD’s GPU codenames are generated randomly.

Our heroic Redditor extracted all this information from the “AmdRadeonX6000HwServices” file in the newest beta of macOS 11 Big Sur. The beta is publicly available and so this data is easily verifiable – the only caveat is the possibility that AMD provided prototype information to Apple, or that the architecture has changed so significantly that the terms we’re used to now mean something else, but those are unlikely scenarios.

Clock speeds and TDPs usually aren’t finalized until just before release, so it’s best to treat these values as rough guides that the processors are capable of. The table below shows that the specs for Navi 10 disagrees slightly with the specifications of the RX 5700XT, the current flagship Navi 10 GPU. Both the clocks and the TDP are higher.

Although 5120 shaders are a lot less than the 10,000 or so CUDA cores on Nvidia’s newest GPUs, AMD and Nvidia take a markedly different approach to their unified shader units, even though a lot of the terminology used seems to be the same.

Nvidia’s execution units (CUDA cores) are scalar in nature — that means one unit carries out one math operation on one data component; by contrast, AMD’s units (Stream Processors) work on vectors — one operation on multiple data components. For scalar operations, they have a single dedicated unit. Further explanation of this is beyond the scope of this article, but you can check out our deep dive: Navi vs. Turing: An Architecture Comparison for more.

Obviously, there’s no telling exactly how fast Big Navi is going to be compared to Nvidia’s RTX 30 series, for now at least. AMD is set to launch Radeon RX 6000 GPUs on October 28.