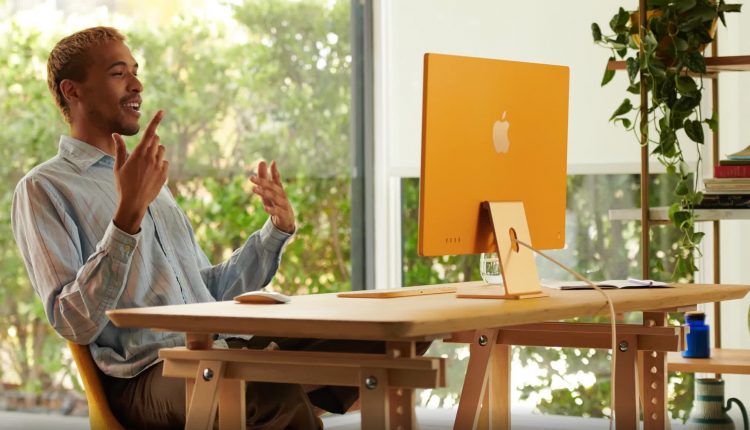 What just happened? Apple has unveiled the first meaningful physical refresh of the iMac in nearly a decade, and there’s a lot to process. Gone is the bulbous center from the earlier iMac, replaced with a flat slate that looks a lot like a large iPad on a stand. According to Apple, this new design reduces the volume of the iMac by 50 percent.

It starts with the boxy design, a carryover from the iPhone 12 and recent iPads (both of which serve as a throwback to the older iPhone 4).

New for 2021 is a 1080p FaceTime HD camera and a six-speaker sound system, which Apple claims is the best camera and audio that has ever shipped in a Mac. A new two-meter-long, color-matched woven power cable attaches to the back of the iMac magnetically, linking it to an inline power adapter.

Apple has also added Touch ID authentication to the iMac for the first time, accessible via the included keyboard (on mid- and top-tier models).

Pricing starts at $1,299 for an entry-level iMac with 8GB of memory, 256GB of storage and a seven-core GPU in your choice of four different colors. An additional $200 will get you an eight-core GPU and a handful of extra ports, plus the Magic Keyboard with Touch ID (the entry-level model doesn’t have Touch ID).

Another $200 (bringing the total to $1,699) buys twice the storage, for a total of 512GB, although models with up to 16GB of RAM and 2TB of storage can be configured for additional fees.

Pre-orders open on April 30 with availability slated for the second half of May.