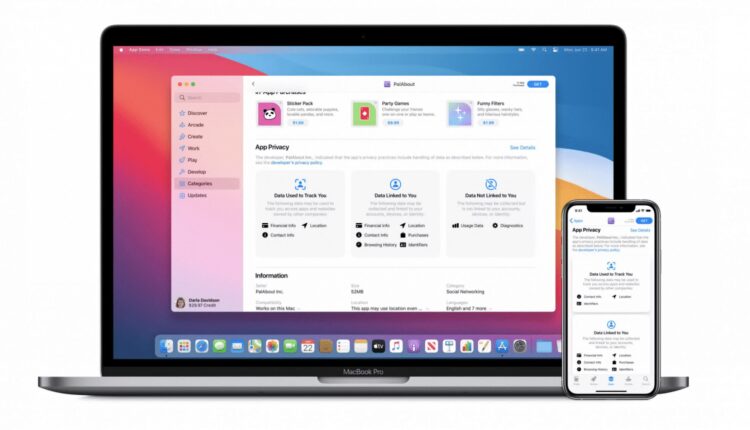 The big picture: When Apple announced sweeping privacy changes in iOS 14, companies like Facebook who are heavily reliant on advertising protested their impact. A few months in, one thing is clear: most iOS users don’t want to be tracked across apps for advertising purposes, and this is already driving advertisers away from the platform.

With the release of iOS 14.5 last April, Apple brought the much-awaited App Tracking Transparency feature to go with the company’s new “privacy nutrition labels.” A few months have gone by and the effects are already visible even when Apple delayed the feature to give developers time to implement it into their apps.

Back in May, app analytics firm Flurry reported that almost all users who upgraded their iPhone or iPad to iOS 14.5 within weeks of its release — 96 percent to be precise — did not enable in-app tracking on those devices. By the end of that month, advertisers started shifting their spending towards Android.

A new report from the Wall Street Journal says this trend is even stronger, to the point where “prices for mobile ads directed at iOS users have fallen, while ad price has risen for advertisers seeking to target Android users.” Ad measurement firm Branch Metrics notes that less than a third of iOS users who upgraded to iOS 14.5 so far have allowed apps to track them across other apps. As of June 22, over 70 percent of iOS devices were upgraded to iOS 14.5 or iOS 14.5.1.

This is an increase from the relatively small 4 percent number observed by Flurry in May, but also indicates a majority of iOS users are privacy-conscious and don’t like being fingerprinted for ad tracking across apps. A different ad measurement firm called Tenjin found that as a result, advertiser spend on iOS decreased by one third for the month of June, while ad spending on Android saw a boost of 10 percent over the same period.

Digital ad agency Tinuiti observed a similar trend, with its Facebook clients growing their spending for advertising on Android while slowing their year-over-year growth in ad spend for iOS from 42 percent in May to 25 percent in June. This shouldn’t be a surprise, as Facebook was the first to warn of an impending “adpocalypse.”

One of the key reasons advertisers have reduced ad spending on Apple’s platform is that they “lost much of the granular data that made mobile ads on iOS devices effective and justified their prices.” On the other hand, Android ad prices became more valuable, and their price is now 30 percent higher than that of iOS ads.

Take that as you may, some speculate that Apple’s intent here is to drive developers to use in-app purchases and subscriptions to make up for lost advertising revenue, which in turn may benefit the company’s bottom line thanks to App Store fees. Apple seems pretty serious about this privacy push, as it’s blocked attempts by companies like ByteDance, Tencent, and Baidu to circumvent the privacy changes in iOS 14 for Chinese users.