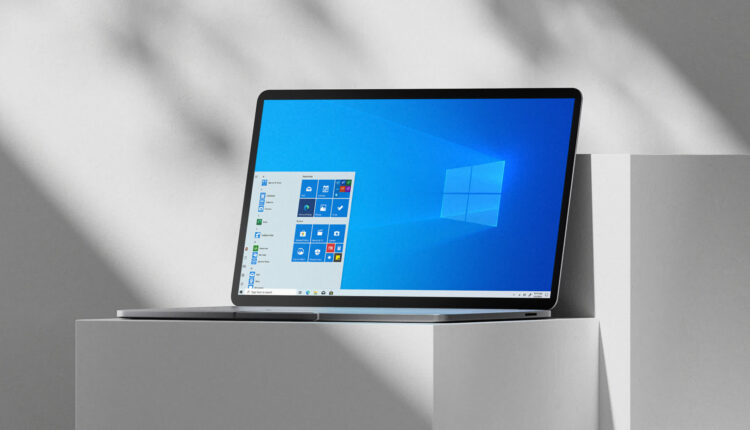 As the dust settles with Windows 11, Microsoft is readying the rollout of Windows 10 21H2

The big picture: Windows 11 is here, but not everyone can or should upgrade to the new operating system. For people who choose to stay on Windows 10 until the end of support in 2025, Microsoft has only promised to service it with the usual monthly updates. The latest major update — Windows 10 21H2 — will start rolling out to users next month, and while it doesn’t bring any major changes, it could be the last feature update for Windows 10 users.

Between the strict system requirements and all the bugs and performance problems, Windows 11 isn’t a typical Microsoft OS release. For one, many people can’t upgrade their machines to it unless they bypass Microsoft’s compatibility checks. Then you have all the visual and quality-of-life changes, some of which enhance the user experience while others subtract from it by locking the Taskbar in place, aligning Taskbar icons to the center by default, hiding an old context menu behind a new design, and more.

Many PC users haven’t even heard of Windows 11 despite the fact that Microsoft made a big deal of it being the next generation of Windows. That said, there are now well over 1.3 billion Windows 10 users who will likely take their time to upgrade to the new operating system.

The good news is that Microsoft has promised to support Windows 10 with fixes and security updates until October 2025, allowing ample time for consumers and businesses to prepare their transition. In the meantime, the Redmond company is getting ready to roll out Windows 10 21H2 (aka Windows 10 November 2021 Update) to the general public. In fact, you can download the final build (19044.1288) right now as an ISO and do a fresh install or an in-place upgrade.

As of writing, you can also get the 21H2 update if you’re an Insider enrolled in the Release Preview Channel. Those of you with systems that aren’t officially supported with Windows 11 will be able to participate in the Windows 10 Insider Program moving forward, and will automatically receive new servicing updates as they become available for public testing.

Windows 10 21H2 is a bland update with very few new features. Think of it as more of a Cumulative Update than a feature update, which also means it will be faster to install than the latter type. Notable changes are support for WPA3 Hash-to-Element (H2E) standards for better Wi-Fi security, GPU compute support in the Windows Subsystem for Linux (WSL) and Azure IoT Edge for Linux on Windows (EFLOW). The original plan included support for passwordless deployment methods via Windows Hello for Business, but that feature will arrive in a later update to those running 21H2.

Microsoft didn’t say if it plans to offer more biannual feature updates to Windows 10, but it also didn’t say that it would leave Windows 10 behind. This will be the last officially supported version of Windows for many PCs made before 2018, and while you can get around the system requirements check to install Windows 11, you won’t be entitled to updates moving forward, making this a difficult proposition for most people.

The only thing that’s certain right now is that Microsoft will fix any bugs and security issues with the usual servicing cadence they’ve been using for years. Some industry watchers have speculated that Windows 11 features could have been released as a feature update for Windows 10 users, but that was never the plan. Microsoft did say it would port features like DirectStorage to Windows 10, but it’s not yet clear if people who buy a PC with a hybrid CPU architecture such as Alder Lake will get full support if they choose to run Windows 10 instead of Windows 11.

Otherwise, Windows 10 version 21H2 follows the same pattern of support as previous versions, meaning Windows 10 Home and Pro users will get 18 months of support while Enterprise and Education users will get 30 months. The new update will start rolling out next month as a staged release, ensuring that any issues that pop up will be caught before it has a chance to see widespread adoption.

Bethesda drops trailer for Starfield that explains ‘The Settled Systems’