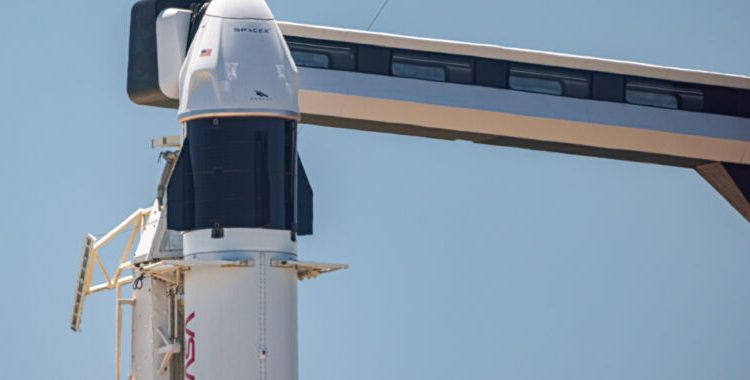 Astronauts are about to launch on a used rocket, inside a used spacecraft

For a few days, 2 Crew Dragons will be docked to the space station.

6 am ET Friday Update: The launch of four astronauts aboard a Crew Dragon spacecraft into orbit appeared to be nearly flawless on Friday morning. Shane Kimbrough, Megan McArthur, Akihiko Hoshide, and Thomas Pesquet will now spend about a day aboard Dragon before docking with the International Space Station on Saturday morning.

Shortly after the crew reached orbit, the Falcon 9 rocket’s first-stage booster landed on the Of Course I Still Love You droneship. This was the company’s 80th landing of an orbital class rocket booster.

Original post: SpaceX and NASA say they are ready for the launch of four astronauts to the International Space Station early on Friday morning.

This Crew-2 mission—comprising NASA astronauts Shane Kimbrough and Megan McArthur, Japanese astronaut Akihiko Hoshide, and European astronaut Thomas Pesquet—is scheduled to launch from Kennedy Space Center at 5:49 am EDT (09:49 UTC) on Friday. Weather conditions appear favorable, but if there is an issue SpaceX has a backup opportunity on Monday at 4:48 am EDT (08:48 UTC).

With this mission, SpaceX will be seeking to fly astronauts into orbit for the third time, following the Demo-2 mission in May 2020 and the Crew-1 mission in November. Notably, this launch will seek to reuse the Falcon 9 rocket first stage (from the Crew-1 launch) and the Crew Dragon spacecraft (from Demo-2).

This flight will therefore bring SpaceX closer to its goal of fully reusable orbital spaceflight.

After the Crew-1 launch in November, NASA officials performed detailed inspections of the booster. None of the rocket’s nine Merlin engines needed to be replaced, but the turbine wheels inside two of the engines were swapped out. These are fast-spinning parts inside the engine prone to wear-and-tear and potential cracking. NASA has been working with SpaceX on its design for about five years, said Tom Simon, NASA’s certification manager for SpaceX Crewed System, in an interview.

“We’ve been fairly stable on the design, but we needed to look at exactly how it’s used, and then when cracks might start to show up,” Simon said of the turbine wheels. “We needed to convince ourselves that, especially with crew, we would not put one in that is at that point where it could start having cracks. Because it’s very unpredictable if that crack will stay just a small crack or lead to something catastrophic.”

Given these concerns, even before the launch of the Crew-1 mission, NASA and SpaceX planned to replace these two specific turbine wheels before the next launch. The wheels are inside the engines that relight for the landing burns used during the return of the rocket. NASA was pleased to find that none of the turbine wheels in the other engines needed to be replaced, Simon said.

SpaceX also replaced one of the Falcon 9 rocket’s landing legs, which had a slightly harder impact than is nominal. Simon said the partnership worked well, and NASA has now certified crew missions to fly on Falcon 9 rockets that have flown once. Further certification will be needed before NASA signs off on flying crew on more experienced boosters.

Assuming favorable weather on Friday morning, and if the Falcon 9 rocket and Crew Dragon spacecraft are in good condition, the SpaceX launch director will give the go for propellant loading 45 minutes before the launch. By this time, the crew will already have been on board the vehicle for nearly two hours, getting situated inside Dragon.

If the rocket launches, Dragon will reach orbit about 9 minutes after liftoff. The vehicle will then spend nearly a full day matching its orbit to that of the International Space Station, with docking scheduled for 5:10 am EDT (09:10 UTC) on Saturday.

The new arrivals will then spend four days getting acclimated board the space station before the four members of the Crew-1 mission—NASA astronauts Michael Hopkins, Victor Glover, and Shannon Walker, along with Japanese astronaut Sôichi Noguchi—undock on April 28 and return to Earth. This departure date is dependent on good weather in the splashdown area for the Crew Dragon vehicle, off the coast of Florida. This crew will have spent 164 days in space, setting a record for a long-duration mission by a US spacecraft.