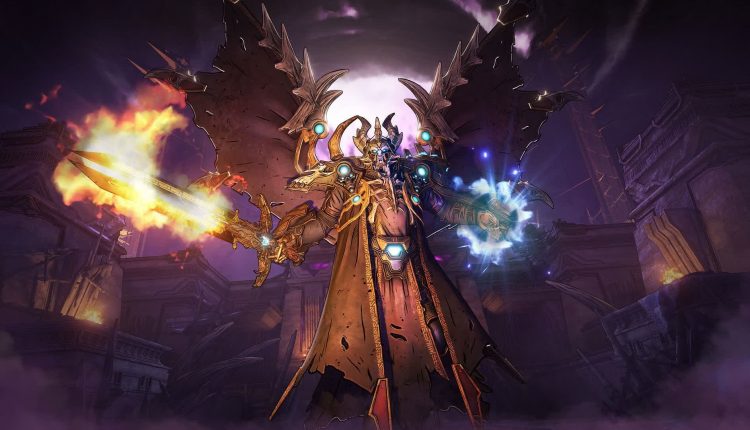 While sharing the same graphical style and gameplay, Wonderlands has more of a Dungeons and Dragons fantasy theme than the sci-fi setting we’re used to in Borderlands, though there are still plenty of guns. It features a campaign with co-op support for up to four players and the ability to create and customize unique characters across multiple classes.

Players must defeat the Dragon Lord, encountering strange folk along the way that include a lute-wielding Bardbarian and the “Fairy Punchfather.” Gearbox also promises “repeatable end-game content.”

Some big stars are lending their names to Wonderlands: Andy Samberg, best known these days for his role as detective Jake Peralta in Brooklyn Nine-Nine, takes on the part of Captain Valentine; actress and stand-up Wanda Sykes plays a rule-following robot named Frette; and Will Arnett of Arrested Development/ BoJack Horseman (and much more) fame will voice the Dragon Lord.

Tiny Tina’s Wonderlands is set to launch in early 2022, and will be available on PC via Steam and the Epic Games Store. It’s also coming to Xbox Series X and S, Xbox One, PlayStation 5, and PlayStation 4.

The other rumored 2K Games titles include a very compelling sounding “XCOM with Marvel heroes” project codenamed CODA, which several journalists have confirmed is real.