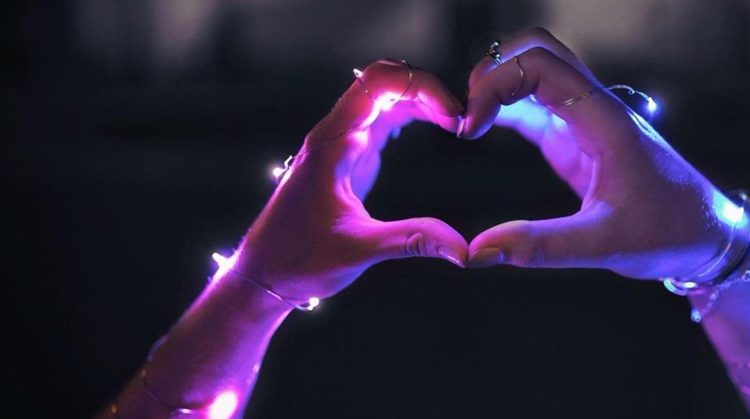 A newly discovered phenomenon shows that humans communicate outside of mere auditory and visual modes.

Neuroscientists are generally skeptical of supernatural connections to our feelings and perceptions. And yet, feeling the “vibe” of a room or situation is a common human experience, no matter your spiritual or philosophical outlook.

A place might just not “feel right” — or, the people in a particular room might get a “funny feeling.” There have been many explanations for it. One theory, for instance, says it’s the strange facial expressions or vocal tones that we pick up from others subconsciously.

However, recent Dutch studies offer more convincing evidence as to why we can pick up good and bad vibes.

According to the researchers, humans can detect chemosignals, through smelling bodily excretions, such as sweat or tears, leftover from people previously at that location. Many other mammals transmit chemical signals — for instance, cats leave cheek rubbings or urine to mark their territory. Whether humans send out chemical signals, too, has been a subject of debate, until recently.

Human beings are social creatures who naturally benefit from emotional signaling. When one person in an ancient Stone Age band showed fear — say, when noticing an oncoming predator — if others in the band were tuned into the first observer’s emotional state quickly enough, they could take up arms and defend themselves.

Picking up on the fear felt by others is known as “sensory acquisition.” Studies have proven that making a fearful expression causes us to breathe in more through our nose, which enhances our perception and speeds up eye movements so we can locate potential dangers more easily.

Disgusted facial expressions, such as lowering our eyebrows or wrinkling our nose, signals to others that something is poisonous, noxious, or rotten. This could save members of the group from food poisoning, for example, by preventing them from eating spoiled meat.

So, emotional signaling helps us to understand one another and communicate in a fast and effective manner, which is sorely needed when navigating difficulties in the environment.

Taking a closer look into the recent research, Jasper H. B. de Groot and his colleagues from Utrecht University, in the Netherlands, have been working for years to determine if chemosignals are exchanged between humans, and, if so, how the process works. In a groundbreaking 2012 study of theirs, they had men watch either a scary or disgusting video while wearing a certain t-shirt. Each participant adhered to a strict protocol so as not to mask their own body’s scent while wearing it. After their viewing, these shirts were collected and given to women to smell.

Researchers found that those who received the “fear sweat” shirts showed fearful expressions and those who had gotten “disgust based” shirts made disgusting ones. It also altered how well they did in performing a certain task. The Dutch scientists said that although we think we only communicate through the visual and auditory modes, our sense of smell and chemosignals help people to become “emotionally synchronized,” enabling them to better face challenges together.

In a 2015 follow-up study, de Groot and his colleagues proved that positive emotions could be transmitted in the same way.

Researchers write in Psychological Science, “We observed that exposure to body odor collected from senders of chemosignals in a happy state induced a facial expression and perceptual-processing style indicative of happiness in the receivers of those signals.” They added, “Our findings suggest that not only negative affect but also a positive state (happiness) can be transferred by means of odors.”

Some scientists suggest that good and bad vibes in a particular place — or, the “energy” of it — may, in fact, be our perception of positive or negative chemosignals leftover in that particular environment. In this sense, it may, indeed, be possible to pick up on whether a place has “good vibes.” It’s important to note that this is a new field of research. There are still a lot of unknowns.

For instance, scientists aren’t sure how the human brain processes chemosignals. And while a reaction evolves quickly, they don’t know how long it lasts — does it hang on as a sort of emotional residue, or is it shaken off quickly? More studies will have to be conducted to find the answers to these questions. Still, it’s a strong hypothesis for why we feel “vibes” and the Dutch researchers have provided us with the first evidence-based suggestion for what, up until now, has been mostly relegated to the realm of the supernatural.

Do You Know Vibrations Affect People And You?

CBD Oil Migraines: Does It Help When You Have Headaches?

What Happens To Someone’s Brain When They Complain Too Much

WEIRD things you can buy ONLINE from eBay!

Saving Your Business Time and Money With Cloud-Based…

There’s a reason why the royals are demonised. But you won’t…

Jonas Brothers – What A Man Gotta Do (Official Video)

Prince Harry: “I Will Not Be Bullied Into Playing A Game That Killed My Mom”

What Is CBD: The Benefits Backed By Science