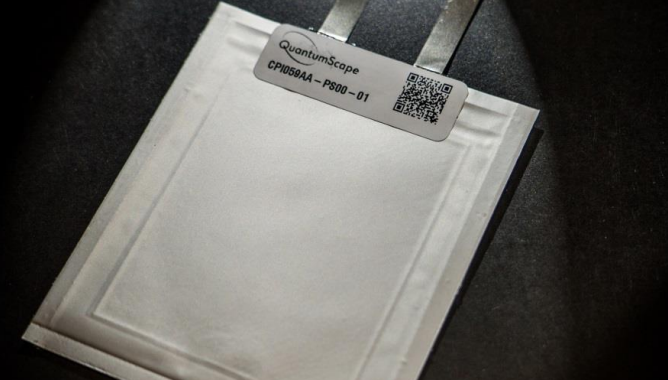 It would offer much higher energy density and much faster charging.

All modern lithium-ion batteries are, in a way, a compromise. The original concept was a “lithium metal” battery, which could hold substantially more energy in the same volume. There was just one small problem: they invariably self-destruct. But this week, a long-watched battery-tech company announced that it believes to have solved this problem. If what the company shows is accurate, this is a big deal.

First, a brief primer. Lithium batteries shuttle lithium ions from the cathode to the anode during charging, harvesting energy as the ions return to their home in the cathode material. This requires a separator in the middle that only lets lithium ions through, and it requires a conductive electrolyte. In a lithium-metal battery, the shuttling lithium ions simply form pure metallic lithium on the anode side. But the lithium has a tendency to form branching needle-like structures called dendrites that can pierce through to the cathode, causing the battery to short. And since the liquid electrolytes used in these batteries are flammable, bad things happen when they short.

The solution was to utilize a graphite anode. The orderly structure of graphite makes a good hotel for lithium ions, which safely check into a room for their stay during charging. This greatly reduces the risk of dendrite formation. But this graphite can take up nearly half the volume of the cell without adding additional energy storage. This makes the battery work safely but dilutes its performance.

One strategy that has been pursued to improve lithium-ion batteries is the creation of a solid electrolyte material. That’s attractive because it replaces the flammable component of the battery and also because it could reduce unwanted chemical reactions between the electrolyte and other battery materials that cause degradation over time. QuantumScape has been working on a solid electrolyte for around a decade, after the project spun off from a Stanford lab and received some funding from the US Department of Energy. (Although the company started with a different technology that didn’t pan out.) But in addition to these benefits, QuantumScape says its solid electrolyte material also prevents dendrites from forming.

Do me a solid

In a press release and video call, QuantumScape showed off a battery cell it had built and presented a fair amount of test data. With the obvious caveat that the tests have not been independently verified, it was enough to give any battery nerd’s eyebrows forehead-escape velocity.

The test cells aren’t exactly what the final product would look like (more on that in a minute), but they are complete cells. They are pouch-style cells with a single-sheet cathode layer, their solid electrolyte layer, and an anode contact foil. They didn’t describe the cathode, but from the response to a later question, it was likely a nickel-manganese-cobalt cathode material—currently the most common for electric vehicles. The solid electrolyte should work with any cathode type, though.

During charging, lithium ions leave the cathode material, cross the solid electrolyte layer, and plate onto the anode foil to form pure lithium. This does cause the thickness of the cell to expand a bit during charging, but QuantumScape says this behavior is easy to accommodate since it only expands in one direction. Some attempts at lithium-metal batteries have required a layer of added lithium on the anode side for better stability, but this battery skips that cheat as well.

With the anode material removed from the equation, these cells check in at around 1,000 watt-hours per liter of volume. For comparison, the best lithium-ion batteries available today top out in the low 700s.

Some attempts at solid electrolyte materials have required elevated temperatures (above 60°C) for stability, which isn’t the case here. Tests showed the cells operating safely across temperatures from -30°C to 45°C, though they did lose some operating capacity in the coldest temperatures.

The cells can also handle remarkable charging rates, going from 0 percent to 80 percent in just 15 minutes. The graphite anode is a big bottleneck to safe fast charging, and the solid electrolyte layer appears to prevent dendrite formation well enough to push the charging rate pretty far. This appears to be pretty sustainable, too, as even this charging rate could survive 1,000 charging cycles with only about 10 percent of capacity loss. That means that cell life should be comparable to today’s lithium-ion batteries.

QuantumScape looks to be further along than a typical laboratory study. The company says it identified the ceramic material for its solid electrolyte about five years ago and has been working on the manufacturing process since then. But there are still hurdles between here and a vehicle running on these batteries. While the test cells QuantumScape showed contained a single battery sandwich layer about the size of a playing card, the company says its actual cell unit will be more like a deck of cards containing many of these layers stacked. QuantumScape needs to engineer that cell.

From there, the company will need to scale production of its material. That’s not simply a question of making more. QuantumScape will need to make vastly more while maintaining faultless quality. While company CEO Jagdeep Singh was slightly evasive in responding to a question about defect tolerances, it seems likely that any inconsistencies could allow dendrites to form and destroy the cell.

QuantumScape has received huge investments, though. Just a couple of weeks ago, it went public following a merger with an investment group. (Making this a good time to show off promising data… ) And it has a partnership agreement with Volkswagen that will extend to the manufacturing phase, so it won’t be navigating the jump to industrial scale on its own.

As for how long that will take, Singh explained that while the company doesn’t need any radical manufacturing processes, you can’t exactly order this machinery for two-day shipping. But if QuantumScape hits its milestones, it intends to have a product reach the electric vehicle market in 2024 or 2025.

Caution is generally warranted around promises of new battery technology, but it’s fair to say that this technology appears to be a little more mature than usual. It also seems to check all the boxes rather than just offering one exciting characteristic with (downplayed) trade-offs. Unless the test data was somehow faked or wildly unrepresentative, this is a compelling technology. Perhaps other companies working in this space are onto something similar and just haven’t publicized it yet. But either way, if a battery like this crosses the finish line, it will be a major leap beyond the incremental progress of recent years.

Apple Fitness+ launches this coming Monday at $9.99 per month

25 Fun Gifts for People Who Love to Craft