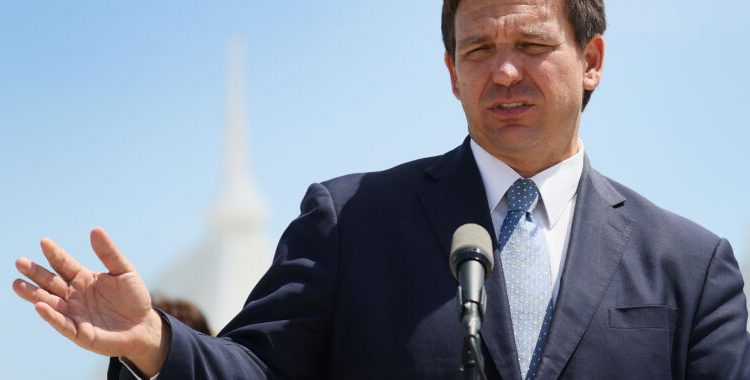 A legal challenge to the new law seems inevitable.

Both houses of Florida’s Republican-controlled legislature have passed new legislation banning social media companies from deplatforming political candidates or censoring large journalistic organizations. Gov. Ron DeSantis has expressed support for the bill and is expected to sign it into law.

Tech companies could be fined as much as $250,000 per day if they deplatform a statewide political candidate in the state. Critics argue that the bill is likely to be struck down as unconstitutional. That seems especially likely because the bill is broad and vaguely worded.

But at least one company won’t have to worry about the legislation: Disney. A last-minute amendment to the bill provides that it doesn’t apply to a “company that owns and operates a theme park or entertainment complex”—like Disney World.

In a Friday interview, Republican state Rep. Blaise Ingoglia, a bill sponsor, said the exemption was passed to make sure that the Disney+ streaming service “isn’t caught up in this.” The legislation applies to any service with more than 100 million users or at least $100 million in revenue. Disney+ has almost 100 million customers and far more than $100 million in annual revenue.

The bill focuses on conservative complaints about Big Tech

If you browse through the bill, the individual provisions are easy to connect to conservative complaints. Most obviously, many conservatives were outraged when Twitter and Facebook banned Donald Trump after the January 6 Capitol riot.

The bill also prohibits social media platforms from censoring “journalistic enterprises,” which are defined as an entity with more than 50,000 paid subscribers or 100,000 monthly active users. This rule may have been inspired by Facebook and Twitter’s controversial decision to censor a New York Post story about Hunter Biden’s emails.

The law prohibits “post-prioritization” of content related to candidates for public office. And the law defines post-prioritization to mean actions that “prioritize certain content or material ahead of, below, or in a more or less prominent position than others” in a newsfeed or “search results.” Taken literally, this seems to suggest that a search engine couldn’t rank results based on factors like relevance—at least not if they include a political candidate.

Get ready for constitutional challenges

Figuring out what these rules actually mean in practice will be tricky. Facebook uses a complicated algorithm to arrange the items in the News Feed because most users have enough friends that a strictly reverse-chronological news feed would be overwhelming.

If Facebook’s algorithm decides that a picture of a friend’s cat is more engaging than a post by a political campaign and shows that cat first, would that be an illegal act of “post-prioritization”? Taken literally, this seems to be what the law says. But that would mean Facebook had to dramatically redesign the News Feed.

Some critics argue that the very concept of the bill is unconstitutional—that deciding which content to publish and in what order are editorial decisions that are protected by the First Amendment. But even if you don’t buy that argument—and at least one Supreme Court justice doesn’t—the breadth and vagueness of Florida’s legislation might make it vulnerable to a constitutional challenge.

In rare cases where the courts have upheld speech restrictions, they’ve generally required laws to be clearly written and “narrowly tailored” to address a compelling government interest. Even if the First Amendment allows some regulation of online moderation decisions, the Florida bill does not seem either clear or narrowly tailored.

Ford’s ever-smarter robots are speeding up the assembly line