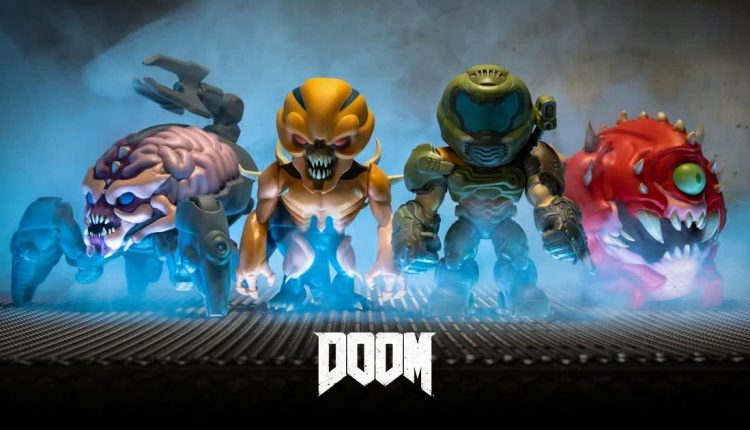 In brief: The collectible toys found in Doom and Doom Eternal were always begging for a real-life version. Now, an official series of figurines based on those from the later game has been announced, and they’re as cute as you’d imagine—despite most of them being demons.

The 12 new posable figurines are available for pre-order now for $34.99, though Just Geek has a “two for $60” offer. They vary in size: the irritating floating ball that is the Cacodemon measures 5.1-inches tall, while the mighty Arachnotron reaches 7.3 inches.

The figures will have four staggered releases, with the initial group landing in July and the rest launching every eight weeks after. The first set includes the Doom Slayer, Cacodemon, Arachnotron, and Imp. The Pinky and Revenant arrive in August, followed by the Archvile and Baron of Hell in October, Mancubus and Hell Knight in December, and finally the Marauder and Soldier in February 2022.

Collectible video game figures are a big business. We recently heard that Weta Workshop, the SFX company behind Lord of the Rings and many other movies, had created a $1,499 limited edition figure of Lara Croft that measures 31.5-inches in height and weighs almost 30 pounds. For Witcher fans, a 57-pound statue of Geralt of Rivia went on presale for $1,300 in December, and that was just for the standard edition. The deluxe version cost $1,450.

If you’re a big Doom fan, make sure to check out TechSpot next week when we’ll be publishing our “28 years of Doom” feature that looks at every game in the franchise’s near three-decade history.