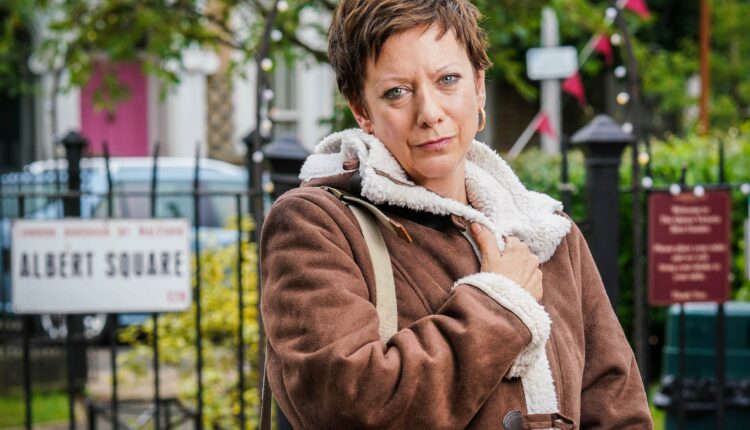 Dotty Cotton (Milly Zero) is set to receive a huge shock in EastEnders this autumn, as estranged mum Sandy Gibson rocks up in the Square.

And let’s just say the reunion won’t be a warm one!

Actress Martha Cope joins the cast of the BBC One soap as Sandy, who has had quite the troubled life and, no matter how hard she tries, she just cant seem to escape from it!

Her past alcohol problems led her to a fleeting relationship with the notorious Nick Cotton (John Altman), after which she fell pregnant with Dotty. Sandy initially kept her pregnancy a secret, but ultimately revealed all to Nick while he was in prison.

After his release, Nick took over custody, lying to Dotty as he claimed Sandy had died in a car accident.

Sandy appeared in two episodes of the serial drama back in 2010, with actress Caroline Pegg having played the role.

At the time, Dot (June Brown) played a huge part in reuniting Sandy with Dotty, against the wishes of scheming Nick.

‘I have watched EastEnders since it began,’ said actress Martha Cope upon her casting. ‘I’m beyond excited to join such an iconic show and having a great time playing Sandy.’

EastEnders’ Executive Producer Jon Sen said: ‘Martha is a brilliant addition to our cast – we’re excited to welcome her to Walford.

‘To say Sandy has a chequered past is an understatement and it’s no secret that Dotty’s upbringing was marred by her parents.

‘Sandy’s arrival catches Dotty off guard and she’ll be forced to confront everything she’s tried to leave behind.’

Sandy will make her first appearance in EastEnders this Autumn.