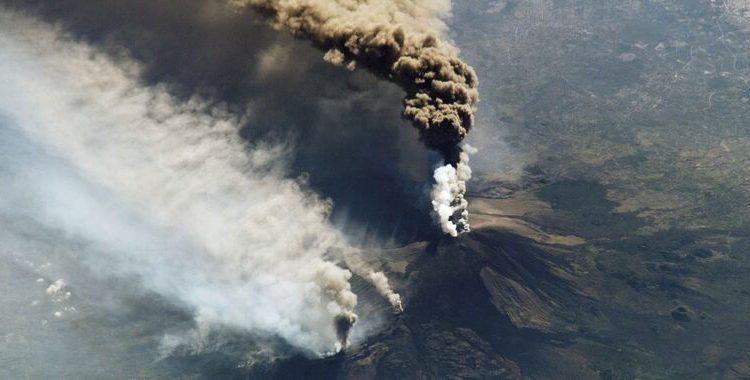 Without condoning or condemning the poorly understood tactic, recent reports suggest we should try to understand one proposed strategy to cool the planet: altering the atmosphere to reflect sunlight. Called solar radiation modification (SRM), this strategy is a type of geoengineering that involves scattering particles into the sky to reflect sunlight back out into space so it can’t warm the Earth’s atmosphere.

In theory, SRM could cool off the planet and help limit global warming to 1.5ºC compared to preindustrial levels. But it’s viewed as something of a last-resort tool to tackle climate change. Two new analyses explore what deploying this tactic could mean for the environment and the flora, fauna, and people living in it. In all, the authors of both reports suggest that more work needs to be done to understand SRM.

The idea has gained some traction. Bill Gates, for example, advocated for it in 2019. The Geoengineering Model Intercomparison Project (GeoMIP) has released more than 100 studies related to SRM in the decade since the group was formed. But recently, in response to public outcry, the Swedish Space Corporation canceled a test flight that would help study SRM.

But studies may be what we need most. According to one of the papers published this week, a great many unknowns within SRM still need to be addressed.

The document is the outcome of a large group of geoengineering modelers, climate scientists, and ecologists who met digitally over the past two years. Called the Climate Intervention Biology Working Group, the team was concerned that efforts, like GeoMIP, to understand or model SRM outcomes didn’t account for ecology and biodiversity. The paper doesn’t come out for or against SRM but rather suggests that these knowledge gaps need filling before the world decides to use the strategy.

This research focused on one particular SRM approach, called stratospheric aerosol injection, which involves releasing reflective particles into the stratosphere.

The paper lays out an agenda for us to understand what these impacts might be. According to Peter Groffman—professor at the Advanced Science Research Center at City University of New York and one of the paper’s authors—it advocates for increased teamwork between climate scientists, geoengineering modelers, and ecologists. In the past, this teamwork was uncommon, he said. “We went in with the idea that we really needed to bring these groups together to talk about this complex problem,” he told Ars.

Alan Robock is one of the founders of GeoMIP and a co-author on the paper. GeoMIP asks climate scientists around the world to perform standardized tests on how climate would change in certain situations: a continued release of carbon, a reduction of carbon emissions, and under a hypothetical deployment of SRM.

Currently, GeoMIP’s climate models work on parcels of land, which can contain different types of natural vegetation and crops. But considering the importance of accurate modeling in understanding SRM’s potential impacts, the paper also suggests expanding GeoMIP to include Earth’s many and complex ecosystems. For example, while current modeling can take into account, say, a field of corn, it misses out on the myriad other plants, animals, and insects that live within it. Several of the paper’s authors are also ecology scholars who focus on biodiversity.

“They don’t have details that ecologists like to look at, at very fine scales,” Robock told Ars. “They could do with better simulations, but for that, we would need better data.”

According to Groffman, right now, SRM’s impacts on many important ecological functions are unknown. For example, injecting particles into the atmosphere might impact precipitation in unforeseen ways, as both it and temperature are closely linked.

Similarly, an SRM strategy might work to cool the planet, but it would still leave carbon lingering in its atmosphere, which can create problems down the line. But it also can change ecosystems in the present. Plants use both sunlight and carbon dioxide—the former decreasing in this hypothetical, and the latter remaining the same. So the tactic might change how they grow in unpredictable ways. This, in turn, could have unforeseen consequences on river flows, groundwater, and the slew of organisms that rely on trees for food and shelter, Groffman said.

SRM proposes a kind of indirect pathway toward mitigating the effects of humanity’s filling of the atmosphere with carbon without directly impacting the cause. “You’re solving a problem in a different way from how it was created, and that makes huge uncertainties as to how it’s going to affect ecosystems,” he said.

The National Academies of Science, Engineering, and Medicine published a similar report a few weeks ago. A large and diverse team—ranging from lawyers to atmospheric chemists—was part of the committee that oversaw its creation.

The 329-page document suggests the creation of a research program in the United States to answer the environmental questions like those raised by the other report, as well as the technical and social questions that come with SRM. We should also investigate its viability, the document notes. It suggests this program be funded at between $100 and $200 million over a five-year period.

“I think the main message from both [reports] is that we would need to understand a lot more about impacts before we did anything,” said Christopher Field, chair of the committee that drafted the document.

Even beyond the ecological and technical questions, the National Academies document dives into how to address public concern—like the public outcry that saw the Swedish test canceled. Some people, for example, don’t think a government should be deliberately mucking around with the environment. The document also outlines the importance of addressing these concerns and even proposes ways of addressing them, like a liability system if an SRM strategy goes awry.

“I wish… we didn’t need to consider this”

There are also worries that any emphasis on geoengineering would distract from more pressing issues. “[Some] people are concerned that even the idea of discussing solar geoengineering might lead to a decreasing emphasis on mitigation,” Field told Ars.

All of the researchers agreed that SRM is not necessarily a solid alternative to reducing greenhouse gases. Field noted that the big hope is that humans decrease their carbon emissions to a sustainable level, but that might not happen in time for the world to reach its climate goals. In the meantime, scientists, policymakers, and environmentalists should have a “full toolbox” of strategies to handle global warming, and this means understanding if SRM has a place in it, he said.

“Like everybody, I wish we were in a situation where we didn’t need to consider this.”

A new documentary highlights the visionary behind space settlement

France bans air travel that could be done by train in under 2.5 hours

Trace fossils, the most inconspicuous bite-sized window into ancient worlds