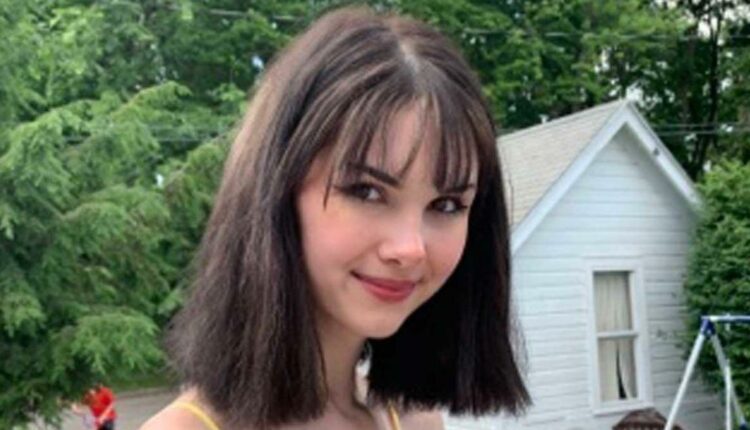 One night last fall, single mom Kim Devins sat alone with the lights turned off, attempting to recharge after a long and hectic day, when an Instagram alert appeared on her phone indicating that she had been tagged in a photo.

Kim closed her eyes, desperately wanting to believe it would be a casual selfie or group picture, some memory from a distant, happier time. But it wasn’t. There, glowing in her darkened living room, was what she had long avoided seeing: the image of her 17-year-old daughter Bianca’s dead body.

“My last memory of Bianca is her full of life,” Kim says, “… so to have to see her in her last moments is absolutely traumatizing and something no one should ever see.”

For over a year, Kim’s family and friends had shielded her from the horrific photo, which was widely circulated online following Bianca Devins’ murder in July 2019. The gruesome image, something usually reserved for homicide detectives, was taken by then-21-year-old Lyft driver Brandon Clark, whom Bianca had met on Instagram months earlier and briefly dated.

After brutally killing Bianca, Clark posted the photo on the popular gaming app Discord, before uploading additional images of Bianca’s body on social media. From there it spread like wildfire onto mainstream platforms like Facebook, Instagram and Twitter. The story garnered international media attention in large part because of how the images were repeatedly shared online and the viral nature of the hashtag.

Reporter EJ Dickson covered Bianca’s story for Rolling Stone and says, after her murder, Bianca’s number of online followers exploded, and it was impossible to search her name or look at the hashtag without seeing her death photos.

As Bianca’s loved ones grieved, some corners of the internet responded with morbid glee. “People were making memes out of the images … they were turning them into jokes,” EJ says, “… I’d never seen anything like it before.”

Frustrated by the slow response by social media companies, some online users began a grassroots campaign to flood the hashtag with images of pink skies, rainbows and fan art of Bianca in an effort to drive down the death images in the search results.

But the trauma of losing Bianca was only made worse in the months following her death, as her family faced a tide of inhumanity from vicious online trolls who relentlessly sent them the sickening photos along with hateful messages blaming Bianca for what happened to her.

“It’s horrifying … to see people saying that … my baby, that she deserved such a cruel end to her life,” Kim says.

How did it come to this? “48 Hours” and correspondent Jericka Duncan investigates in “The Online Life & Death of Bianca Devins.”

“A very twisted need is being met by continuing to share these [images] and trying to get these to Bianca’s family,” says behavioral scientist Steven Crimando. “It actually furthers the physical crime … what they’re trying to say two years after is … ‘you don’t know when it’s going to come, but you know it’s going to happen again.’ This is a form of psychological terrorism.”

According to Crimando, the individuals most likely responsible for the attacks on Bianca’s family belong to a community of online men called “incels,” short for involuntary celibates. Incels, by their own definition, are men 21 years or older who have gone six months or longer without any sort of sexual activity not by their own volition.

The community is characterized, if nothing else, by a pathological envy of attractive men called “Chads” who incels believe have greater success dating attractive women most coveted by their group called “Stacys,” which Bianca was considered in the online community.

In March 2021, Brandon Clark was convicted of second-degree murder and sentenced to 25-years-to life for the murder of Bianca. Though Clark did not self-identify as an incel, he was celebrated by this dark community for what he did to her. “Mr. Clark is a legend,” wrote one online user. Another said: “He did the world a favor.”

Crimando believes that Bianca’s image was purposely desecrated to help promote incel ideology and to create justification for violence toward women. This kind of hatred has become normalized in the misogynistic, toxic world of incel culture.

The community has become a focal point for experts like Crimando, who says it has emerged from chat room umbrage into a full-on grievance movement, increasingly stoked by #MeToo. What makes incel ideology so dangerous, Crimando believes, is those at the fringe of the movement, like other extremist groups, who are willing to use violence to either advance or defend their beliefs.

“The incel feels badly cheated to the point where it becomes just an obsessive thought that … I need to act on this,” Crimando says. “I need to strike back for the unfairness.”

In fact, this violent rhetoric has led to murder. According to the intelligence community, there have been more than a dozen mass killings in North America resulting in 50 deaths attributed to incel ideology.

“As there’s been more incel killings it has become more clear to us that there is, on this spectrum of incels, those at the extreme end who are certainly capable of murder,” Crimando notes “and because of that, it’s recognized now as a terrorist threat.”

Recently, the United States Department of Homeland Security issued a special advisory stating the main threat to the homeland is domestic violent extremists, of which incels are a part.

To be clear, not all incels are dangerous. But given the consistency of the language within the community, the challenge is identifying those who pose a threat versus the idle chatter online. “This is not picking out the needle from a haystack,” Crimando says, “This is picking out a needle from a stack of needles.”

So, what can be done from a law enforcement standpoint to prevent the next incel murder?

“When we think about prevention,” Crimando says. “Prevention is creating an off-ramp…where maybe the response is mental health help, connecting them with other people who have been de-radicalized to help them understand there’s alternatives.”

“When we start to realize just how much we have in common … it reduces the likelihood that the other is the enemy and we realize the enemy…is actually much more like us than we probably know,” says Crimando. “I have hope that that’s going to happen.”

Bianca’s family shares that sense of hope and is turning their grief into action. They are working with local politicians to help pass “Bianca’s Law,” a federal bill that would hold social media companies accountable for allowing violent and graphic content on their platforms.

The family has also established a scholarship in Bianca’s name, intended for students following in Bianca’s ambitions of helping adolescents with mental health struggles like she had experienced.

When Bianca was in her darkest days and struggled to cope with her own mental health, Kim says she made her daughter a promise that if she fought to live, Kim would always be by her side. “As part of honoring Bianca’s memory, I will always keep that fight alive.”