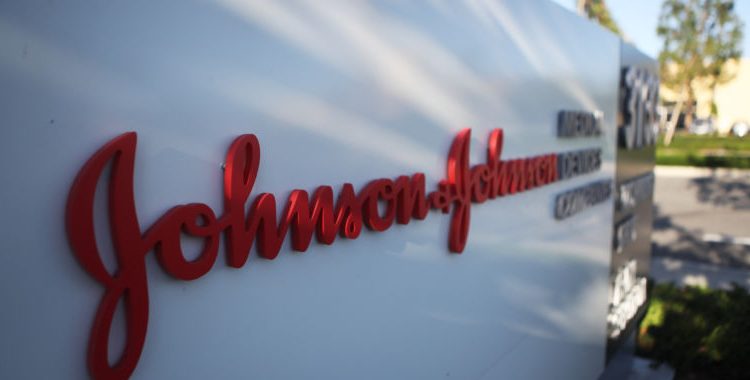 UPDATE, February 27, 2021 7:20 pm EST: The US Food and Drug Administration on Saturday evening granted emergency use authorization for Johnson & Johnson’s COVID-19 vaccine. The vaccine is the third authorized in the US and the first to require only a single shot, which can be shipped at refrigerator temperatures.

“The authorization of this vaccine expands the availability of vaccines, the best medical prevention method for COVID-19, to help us in the fight against this pandemic, which has claimed over half a million lives in the United States,” acting FDA Commissioner Janet Woodcock said in an announcement.

The vaccine uses a non-replicating adenovirus (Ad26)—a type of virus that causes common colds—to deliver the genetic blueprints of the SARS-CoV-2 spike protein to cells. The FDA authorized it for use in people ages 18 and older.

“After a thorough analysis of the data, the FDA’s scientists and physicians have determined that the vaccine meets the FDA’s expectations for safety and effectiveness appropriate for the authorization of a vaccine for emergency use,” Peter Marks, director of the FDA’s Center for Biologics Evaluation and Research, said. “With today’s authorization, we are adding another vaccine in our medical toolbox to fight this virus. At the same time, the American people can be assured of the FDA’s unwavering commitment to public health through our comprehensive and rigorous evaluation of the data submitted for vaccines to prevent COVID-19.”

Original story, February 26, 2021 5:17 pm EST: After a day-long meeting Friday, an advisory panel for the US Food and Drug Administration voted 22 to 0 to recommend issuing an Emergency Use Authorization for Johnson & Johnson’s single-shot, refrigerator-stable COVID-19 vaccine.

If the FDA accepts the panel’s recommendation and grants the EUA—which it likely will—the country will have a third COVID-19 vaccine authorized for use. Earlier this week, FDA scientists released their review of the vaccine, endorsing authorization. Today’s panel, the FDA’s Vaccines and Related Biological Products Advisory Committee (VRBPAC) went through the data further.

“It’s a relatively easy call,” Eric Rubin, a Harvard researcher and voting member of the VRBPAC said after the vote. “[The vaccine] clearly gets way over the bar and it’s nice to have a single-dose vaccine… the demand is so large [for vaccines], it clearly has a place.”

Agency watchers expect the FDA to move quickly on the decision, possibly granting the EUA as early as tomorrow, February 27. The FDA moved that fast in granting EUAs for the two previously authorized vaccines, the Moderna and Pfizer/BioNTech mRNA vaccines.

Additionally, an advisory panel for the Centers for Disease Control and Prevention that makes recommendations on vaccine use has scheduled an emergency meeting for this Sunday to discuss the vaccine’s use, further bolstering speculation that the federal government will move quickly to authorize and roll out the vaccine. If all of the pieces fall in line, doses of Johnson & Johnson’s COVID-19 vaccine could begin shipping out to vaccination sites early next week.

The rollout won’t be a big burst of new doses right away, though; it will likely be a slow roll. In congressional testimony this week, a Johnson & Johnson executive said that the company would provide 4 million doses after the EUA, with a total of 20 million ready by the end of March and a total of 100 million by the end of June. Still, with the vaccine only requiring a single shot, those 100 million doses equate to 100 million people protected.

According to a detailed FDA review of Phase III clinical trial data submitted by Johnson & Johnson, the vaccine was 66 percent effective at preventing moderate to severe COVID-19 at 28 days after vaccination. (Johnson & Johnson defined moderate cases to include cases that had two symptoms, such as cough and fever, which would have been classified as simply “symptomatic” infections in other trials.)

The international trial, which involved over 44,000 participants in various trial sites, had different efficacies in different places. In the US, the overall efficacy was slightly higher, at 72 percent. But in places where variants of concern are widely circulating, the efficacy fell. It was 64 percent effective in South Africa, and 61 percent effective in Latin America.

In addition, Johnson & Johnson has a 30,000-person trial in progress testing whether adding a booster shot will further increase efficacy.

As for side effects, the vaccine has a “favorable safety profile,” according to the FDA. The most common side effects seen among the 44,000 or so participants were injection site pain (49 percent), headache (39 percent), fatigue (38 percent), and myalgia (33 percent). There were 15 cases of blood-clotting-related conditions among vaccinated participants, compared with 10 in the placebo group. There were also six cases of tinnitus (ringing in the ears) among the vaccinated and zero in the placebo group. It’s unclear if these conditions were related to the vaccine.

While anaphylaxis has been a rare but documented occurrence with the mRNA vaccines, it appears to be less of a risk with Johnson & Johnson’s vaccine. There was a single case of a severe hypersensitivity reaction two days after vaccination that was considered likely related to the vaccine. But the reaction was not classified as anaphylaxis.

As important as the Beetle? Two days with Volkswagen’s electric ID.4

Falcon and Winter Soldier: From karaoke to camaraderie, Marvel’s Desmond Chiam shares what it’s really like being a Flag-Smasher