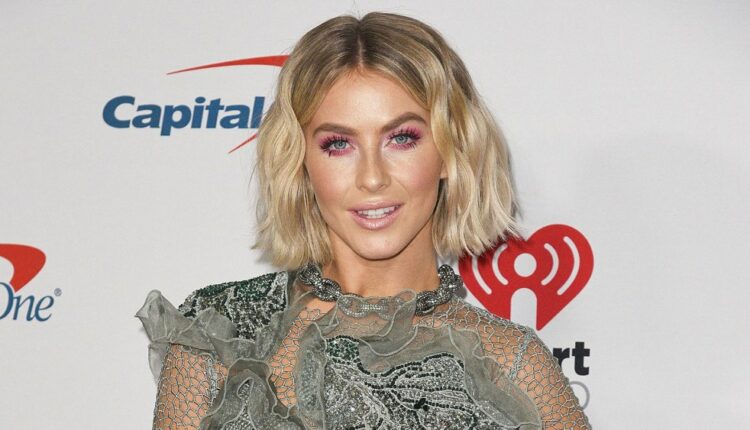 From ‘DWTS’ Champ to Triple Threat! Julianne Hough Through the Years

What can’t she do? Julianne Hough made her mark on Dancing With the Stars before moving on to conquer acting, singing and more.

The professional dancer joined the ABC competition series in 2007 and won the mirrorball trophy during her inaugural season. Later that year, she became a back-to-back champion.

Hough then shifted her focus toward acting, landing roles in Footloose, Safe Haven and Grease Live! She later returned to Dancing With the Stars as a judge in 2014 and took her talents to another reality competition show — America’s Got Talent — in 2019.

In March 2019, Hough shared how she approaches self-care within her hectic life. “It’s the ancient wisdom of mind, body, soul, not the quote that’s on the pillow. You know what I mean?” she exclusively told Us Weekly. “It’s the true meaning of your mindset, what your body physically does to get energetic and then of course, it’s your creativity. That is your purpose, that is your passion. So finding those three elements, and really finding the things that work for me.”

Amid her professional success, the actress fell in love with Brooks Laich. The couple tied the knot in July 2017 after three years together. However, they announced their split in May 2020 following months of speculation about their relationship status.

Prior to their separation, Hough gushed about embracing the trials in their relationship. “I’m not a newlywed anymore, technically, so … I think the best part [of being married] is that you go through your ups and downs, but you always know that the ugly parts of you are your best parts,” she told Us in February 2019. “I don’t know, that sounds really deep. But … those parts of you are the parts that you get to share with the person [who will remain] next to you at all times.”

The songstress added that fans often perceive her “as this bright, positive, happy, sunshine, girl-next-door woman,” but “you can’t have the bright without the dark.”

Us reported in September 2020 that Hough and Laich were “giving things another shot” after their breakup. “They’ve both done a ton of soul searching, had plenty of time and space to reflect and ultimately concluded that there’s too much love there to let it go,” a source revealed at the time.

However, she ultimately filed for divorce in November 2020.

Scroll down to revisit key moments from Hough’s life, from her career to her love life and more.

Prince Harry Isn’t the First! Other Royals Who Have Written Memoirs