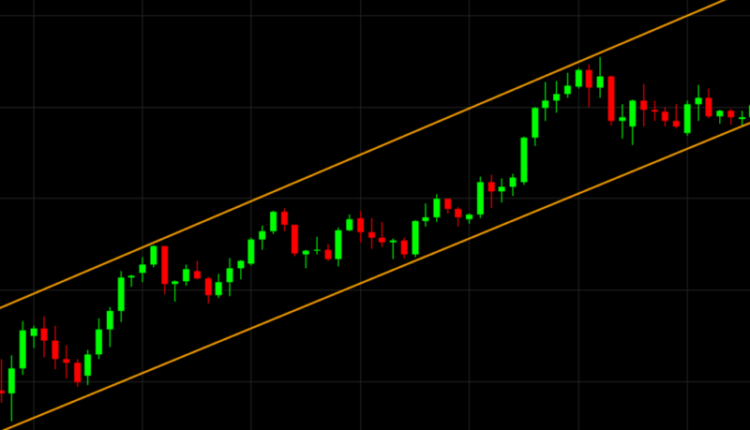 Whether you are day trading, position trading, or swing trading, trendlines are one of the most useful tools in a trader’s kit. They come in handy during technical analysis to help traders trace buying and selling pressures for an asset in the market. In the case of the forex market, trendlines help connect higher lows and lower highs in both uptrends and downtrends in the movement of currency pairs.

Typically, brokers would have a basket of trading strategies at the disposal of their clients. For instance, when trading with a LiteFinance broker, you will have access to a variety of trend-following strategies such as Moving Average Crossover, Bollinger Band, and Ascending and Descending Triangles.

What Is a Trendline?

A trendline refers to a line of best fit drawn to connect price points on a chart. Using a trendline, a forex trader would have a good idea of the direction in which a currency pair is moving. These lines are either drawn under pivot lows or over pivot highs to give a visual representation of the speed and direction of price movement as well as support and resistance levels.

What To Look for When Trend Trading Using Trendlines

Trendlines are simple to draw and apply. However, as a trend trader, there are some crucial insights that you must watch out for to get the most out of trendline trading.

Price Touches on The Trendline

For a trendline to be relevant for trading, it must touch the price at least three times. A line connecting less than three price points may result in an unconfirmed trendline. For the best outcome, look for a trendline that has touched lots of price points in the past.

Typically, you would have either an uptrend or downtrend that at some point begins to lose momentum. This causes the time between consecutive price touches on the trendline to become increasingly shorter. Finally, you are most likely to see the currency pair breaking below or above the trendline thus reversing the previous trend.

The biggest challenge, especially for beginner traders, is distinguishing between fake and real breakouts. A fake breakout in forex trading happens when a currency pair looks on course to break above or below a trendline, only for it to reverse and leave you exposed in a losing position.

It’s not uncommon to have fake breakouts on a trendline. However, the guiding principle is to connect as many price points on the trendline as possible so that you can isolate the fake breakouts from real ones. The candlesticks associated with fake breakouts often have long wicks signifying that market participants (buyers or sellers) are pushing the price back toward the trend.

Trendlines when traded over longer timeframes yield the best results. For instance, applying trendlines over 4-hour, daily or weekly timeframes makes them more significant than 15-minute or hourly timespans.

Over the short-term, currency pair movements are usually pushed by market noise, making it inappropriate to trade. Even for short-term traders, long-term charts produce reliable trendlines on which they can zoom to find entry and exit price points.

Trendlines are important tools to help generate trading signals. Having said that, traders must confirm a trading setup before opening or closing a position. Popular tools such as candlestick patterns, Fibonacci retracements, and technical indicators can come in handy to confirm trades. Always look for more than three price touches on trendlines, the time between touches, and longer timeframes.