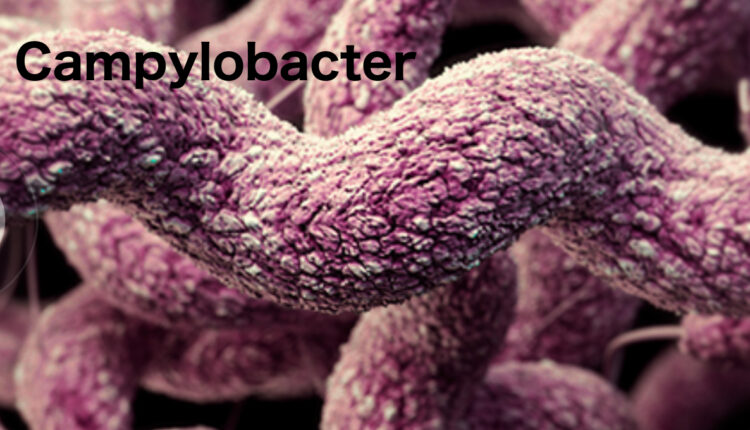 German experts have presented results so far from increased surveillance of Campylobacter infections.

In Germany, around 60,000 cases are reported every year. Mainly contaminated food of animal origin are identified or suspected as sources of infection.

Intensified molecular surveillance of Campylobacter from human infections at the National Reference Center (NRZ) for Salmonella and other Bacterial Enteric Pathogens at the Robert Koch-Institut (RKI) was set up in 2019.

In 2020, the NRZ received 1,299 Campylobacter isolates from human infections for surveillance and subtyping. There were 55,831 reported cases in the same year. More than 25 different laboratories contributed a diverse range of isolates. More than 80 percent were Campylobacter jejuni and 15 percent Campylobacter coli.

Impact of surveillance
As more labs contributed, the number of submissions rose from an average of 33 per month from January to April 2020 to an average of 146 monthly from May to December 2020. The high number in June and July 2020 was attributed to the seasonality of campylobacteriosis with increased levels in summer.

Before 2020, an average of 365 Campylobacter isolates a year were typed at the NRZ. Intensified molecular surveillance led to the number in 2020 more than tripling compared to the average for 2010 to 2019.

Submissions covered the central part of Germany very well while the proportion of samples from northern and southern federal states needs to be expanded.

Possible outbreaks and infections
The number of clusters with at least 10 isolates is 14 if those from previous years are included. The largest includes 71 isolates and is linked to chicken meat. In 2019, the largest reported outbreak included 22 patients.

Genetic clusters do not automatically equal outbreaks, as epidemiological data is needed to know this, but molecular surveillance is an important part of Campylobacter outbreak detection.

Epidemiological investigations into the clusters are being undertaken by RKI and the Federal Institute for Risk Assessment (BfR) National Reference Laboratory (NRL) for Campylobacter.

The number of reported cases of Campylobacter shows a decreasing trend from 2017. The reason for a sharp drop in 2020 from 70,000 to nearly 56,000 could be related to the restrictions on public life due to the coronavirus pandemic, said officials. So far this year, 27,035 Campylobacter infections have been reported compared to 27,943 in 2020.