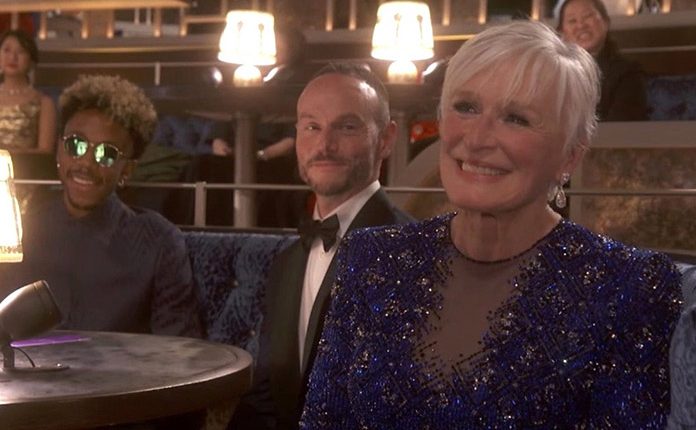 Actress Glenn Close says while her comic bit at the Oscars was scripted, her show-stealing physical performance of EU’s “Da Butt” dance during this year’s Oscars ceremony was not planned in advance.

The multiple Oscar nominee and the acting legend was seated alongside Oscar winner Daniel Kaluuya, “Justice League” scribe Chris Terrio, and “The Wire” and “Judas and the Black Messiah” actor Darrell Britt-Gibson.

In a posting on Instagram, Close says she knew that Lil Rel was going to quiz her about ‘Da Butt’ and all of the guys helped her run through what she was to say. Then she says:

“I had googled ‘Da Butt’ and watched Spike’s music video so when Lil Rel asked if I could do the dance…you can actually see me think of the video. That part was completely spontaneous. Daniel, Darrell and Chris egged me on!!! It was ALL their fault.”

Close’s dance became one of the highlights of an otherwise rather sedate awards show. Director Spike Lee, whose film “School Daze” introduced the song and dance, wrote a thank you shout out to Close in the wake of the ceremony.