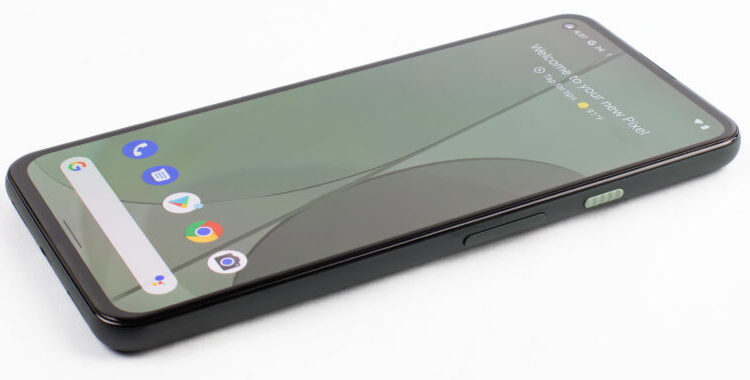 Google Pixel 5a review: “Which Android phone should I buy?” This one

I think at this point we can call the Pixel A series a “mid-range powerhouse.” Google has again turned in one of the best mid-range phones out there, thanks to its no-nonsense software with day-one OS updates, a long-lasting battery, and good-enough modern internals. In a world full of wild gimmicks and smartphones with a thousand extras, Google is going with just the basics for $449. It’s not really what you would call “new” or “exciting,” but for basic usage, the Pixel 5a has everything you need in a smartphone and nothing you don’t.

On the surface, the Pixel 5a looks very similar to the previous release in this line. You get a sufficient, modern design with a slim bezel and a hole punch camera on the front, plus a gloriously flat, undistorted screen. There’s a wraparound plastic back that looks kind of plain, just like the Pixel 4a (it’s fine, but we still prefer the two-tone stylings of the Pixel 3a back). Being mid-range means you get some throwback features you might still like, like a rear capacitive fingerprint reader (as opposed to the in-screen fingerprint readers you’d get on a flagship phone) and a headphone jack.

There are some big additions this year, though. The first, which isn’t noticeable from the pictures, is that the Pixel 5a is a lot bigger than the 4a. You’ll see this not only in the screen size (6.34-inches versus 5.81-inches) but also in the body, with the Pixel 5a measuring 154.9 mm × 73.7 mm compared to the 144 mm × 69.4 mm of the 4a. The bigger body comes with the same primary benefit as all big phones—a bigger battery. The Pixel 5a is getting a huge upgrade to a 4680 mAh battery, and that comes with a giant runtime advantage over its predecessor. I never had an issue lasting an entire day with the Pixel 4a battery, in fact you could easily go for two light-usage days.

Like the Pixel 5, Google made the odd decision to go with a metal body covered in a plastic Google calls “bio-resin.” Metal blocks RF signals for things like Wi-Fi and cellular, NFC, and wireless charging (which is not on the 5a), so anyone making a metal phone has to put in extra engineering effort to plan around this. With a metal core and plastic outer coating though, Google just blasts a hole anywhere in the phone it needs an RF window, and the plastic molding will fill in the gaps.

I guess the advantage of the “metal coated in plastic” idea is that you get the stiffness of metal and the RF transparency of plastic. From a user perspective, there isn’t much to write home about. The phone looks and feels like plastic because that’s what you’re looking at and touching. It is rigid, but I’ve rarely felt like phone rigidity is a problem. The actual outside finish is a soft-touch plastic that gets greasy after just a few minutes of handling. Google calls it “mostly black,” and we would expand that description to “mostly black with a tiny tint of green.” It probably doesn’t show up in photos, but you’ll get a hint of very dark green when the light hits it just right. 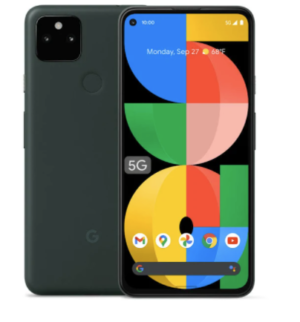 Another big upgrade this year is IP67 dust and water resistance—meaning the good news is that when the phone collects a bunch of fingerprints, you can just rinse it off in the sink. You should be able to briefly submerge it in three feet of water and have it survive. This is such a nice upgrade for a mid-range phone—users no longer need to worry about going to the beach, a pool, the sink, the rain, or any other basic water problems. The A series is very much targeted at “normal people,” and this was one of the biggest complaints I heard from normal people with past releases.

There’s an extra wide-angle camera on the back, if that does anything for you. There’s not much to say about the Pixel camera since the main sensor is the same thing Google has been shipping for four years now, so please take a look at any of the previous Pixel reviews if you’re really dying for camera comparisons. The Pixel Camera is definitely showing some age in the high-end camera wars, but for a mid-range phone, you’re getting a best-in-class camera. It seems like all the cool features are here, too, like astrophotography mode.

Similarly, you’re also getting a best-in-class software package for a mid-range device, with stock Android and Google’s patented day-one Android updates. Lots of Android phones, even $1,800 Android phones, will keep you waiting months and months for an OS update, but the Pixel line gets an iOS-like software experience, where you’ll instantly get updates on the day they come out. The one issue you could raise is that Google only supports the Pixel 5a for three years of major updates and security updates. Samsung one-ups Google with four years of security updates, and Apple blows everyone away with something like five years of updates. Google can and should update its phones for as long as Apple, but it doesn’t. For the lowered bar of Android phones, though, I’ll take Google’s three years of instant updates over Samsung’s three- to six-month delay for every major update.

Tonsser United: How a team that only met 48 hours before took on PSG