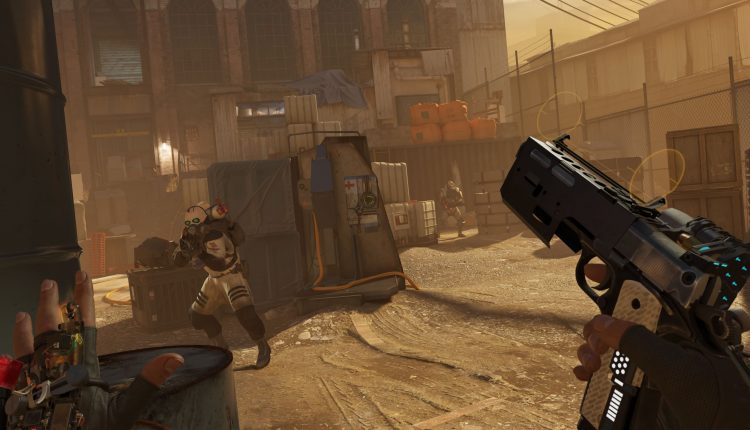 In context: Half-Life 3 (or Half-Life: Episode 3; whichever you prefer) is probably not coming out anytime soon, but we got the next best thing last year in the form of Half-Life: Alyx — Valve’s first franchise entry in over a decade. Sadly, as a VR-only title, it proved inaccessible to many of the series’ console and PC fans. Fortunately, that might change down the line, if the game’s modding community has any say in the matter.

In case you aren’t in the loop, Half-Life: Alyx modders have been looking for ways to remove or reduce the game’s VR dependencies since its March 23 release. These mods seek to “flatten” the experience in some way and make the game fully playable on traditional input devices, such as a controller or keyboard and mouse.

Modders are approaching this task from different angles. Some have simply lifted control systems from earlier games and tossed them into Alyx, whereas others — like SoMNst — are more focused on altering what’s already there.

In a new progress update video, the SoMNst shows off a brief section of the game (involving a derelict subway system) running with his “No VR” mod — and it’s looking pretty darn impressive so far. It has a proper, anchored first-person viewmodel (making it look like a traditional FPS), new animations for everything from reloading to aiming down the sights, and even “camera viewpunch” when the player fires or gets struck by an enemy.

We also see SoMNst activate Alyx’s gravity gloves a couple of times to snag distant objects, though there’s not a proper animation for that action just yet. The modder says other features, such as Alyx’s crafting station, are “working” but still need a few adjustments before they’re comfortable showing it on-screen.

SoMNst’s No VR mod isn’t available for download yet, but hopefully, it won’t be much longer before a playable build hits the web. When it does, we’ll certainly let you know.

2022 iPhones said to include 48-megapixel camera, 8K video capture, and no “mini” model