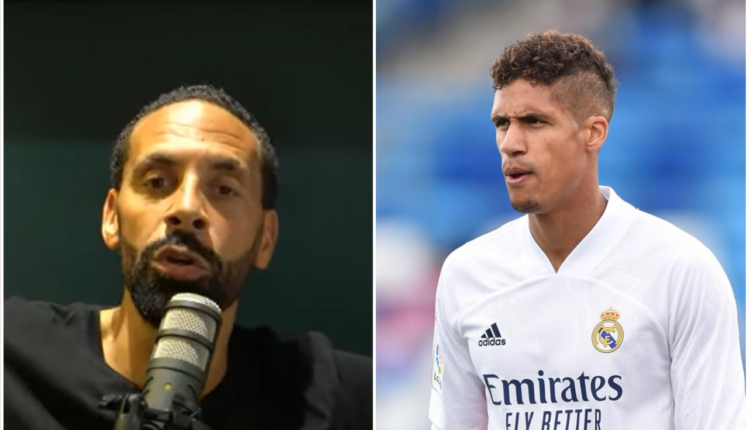 Rio Ferdinand has warned Manchester United are wasting their time trying to sign Raphael Varane, insisting the defender will ‘100 per cent’ sign a new deal with Real Madrid.

United have made signing a new centre-half a priority this summer with Varane, Villarreal defender Pau Torres and Sevilla’s Jules Kounde among the options being considered.

Varane has so far rejected Real’s offers to extend his contract at the Bernabeu with reports suggesting the France international is ready for a fresh challenge with just one year left on his current deal.

Reports in Spain have claimed Real have grown increasingly frustrated with Varane’s lack of communication over his future plans – to the point where the club suspect he already has an agreement in place with United.

Ferdinand is sceptical, however. The former United and England defender does not believe the 28-year-old will leave Real the same summer in which Sergio Ramos has parted company with Los Blancos, insisting Varane’s ultimate goal is to squeeze a bigger deal out of the Spanish giants.

‘Varane is just doing things, massaging the papers, the media papers and the headlines to get a bigger deal at Real Madrid,’ told his FIVE YouTube channel.

‘If Varane doesn’t sign a new deal at Real Madrid, I’ll be surprised.

‘Real Madrid are not letting Ramos and Varane go in the same window, 100 per cent. He’s not going anywhere, man’s gonna get a new deal.

‘It’s happened in the past, it’s not new, players like [Toni] Kroos and [Bastian] Schweinsteiger have done it. At Bayern as well, they’ve all done it.’

Varane’s decision over his next move could now come quicker than expected following France’s shock elimination from Euro 2020 against Switzerland on Monday.

Les Blues crashed out of the competition on penalties with Kylian Mbappe missing the decisive spot kick after a thrilling 3-3 draw.

Relic announces Company of Heroes 3, taking the WWII RTS to battlefields of Italy and North Africa