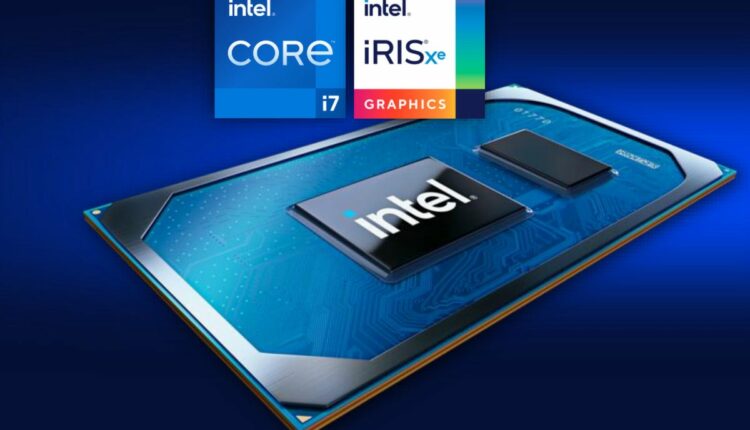 How Intel integrated graphics leveled up while you weren’t looking

Intel integrated graphics. These three words are synonymous with doom for PC gamers hoping to play even the most rudimentary 3D games on a laptop or desktop. An upgrade to AMD Radeon or Nvidia GeForce graphics was once mandatory.

AMD and Nvidia continue to garner the lion’s share of gamer’s respect. But if you’re on a budget, or you want a thin laptop, Intel’s Iris Xe is your best bet.

It’s no exaggeration to say Intel Xe, when compared to the company’s prior UHD 620 integrated graphics, delivers one of the largest gen-on-gen performance upgrades of the past decade. Intel UHD 620 rarely broke a score of 1,000 in 3DMark’s Fire Strike benchmark. Intel Iris Xe can easily break 4,000, a staggering four-fold improvement.

I experienced this firsthand while reviewing 11th-gen Intel Core laptops through the first half of this year. As recently as 2020, packing a laptop with Intel integrated graphics meant abandoning any progress in PC games I’m enjoying. Only the oldest titles might be playable, and more recent games often wouldn’t launch at all. I hated this, especially when a professional trip or vacation was in my future. Being stuck with an Intel-powered laptop brought my PC gaming to a halt.

Yeah, yeah, I know: This pales in comparison to a RipStonking VMax RTX 3090 Ti overclocked to 4.8 million gigaparsecs. You’ve got me there.

But don’t forget—many laptops with Intel’s Xe graphics are small. The Dell XPS 13, Lenovo ThinkPad X1 Nano, and Samsung Galaxy Book Pro all weigh less than three pounds. Thanks to Intel Xe, you can throw any of these laptops in your bag without abandoning progress in your favorite PC games. That wasn’t true just one year ago.

Buy an Intel Xe laptop and enjoy PC gaming on the go. It’s as easy as that, right?

Well, not quite. Intel Xe is available in several flavors. While the company has improved performance, its marketing remains the same confusing balls of terms and trademarks you’ve come to know and despise.

Let’s start with what isn’t Intel Xe: Intel UHD for 11th-gen Intel Processors. This is what you’ll find paired with Intel’s 11th-gen Intel Core i3 processors. It’s based on the same architecture but is significantly less capable than Intel Xe. Gamers should avoid it.

Intel also packs this less impressive option in its most expensive mobile chips, like Intel’s eight-core Core i9-11900H. While this may seem an odd move, Intel expects its fastest processors to be equipped with discrete graphics from AMD or Nvidia, so the integrated graphics solution isn’t relevant.

My advice? Buy the best version of Intel Xe you can comfortably afford and don’t worry about the details. Intel’s 11th-gen Core i7 processors are usually quicker, yes, but they’re also more expensive, and the boost provided by 16 extra execution units may not be worth the $200 to $300 cost of upgrading.

What about Intel’s Xe drivers?

Intel’s integrated graphics hardware has come a long way in a short time. But what about the software? There’s good news and bad news.

I’ll start with the bad news. Intel’s drivers are still lackluster compared to AMD’s and Nvidia’s, both in compatibility and features. The company’s most recent release notes cite known “intermittent crash or hang” issues in games like Call of Duty: Black Ops Cold War, Doom Eternal, and Red Dead Redemption 2. These issues are frequently noted in DirectX 12 or Vulkan graphics modes, with DirectX 11 proving more stable.

The good news? Intel is quick to update drivers when issues arise, and the company releases day-one drivers for some high-profile titles. Despite the issues listed, I haven’t encountered a single graphics bug or hard lock after testing more than a dozen laptops with Intel Xe graphics. I’m just one data point, of course, but it’s a big improvement from my experience with Intel UHD graphics, which often straight-up refused to launch demanding 3D games. Intel’s latest drivers support Windows 11, as well.

In short, Intel’s drivers are good enough. Problems are rare, and frequent driver updates offer the hope that major issues in new, popular games will be quickly addressed.

What does the future hold for Intel Xe?

Intel seems to have big plans in integrated and discrete graphics. The company’s high-end discrete graphics solution hasn’t debuted as quickly as gamers expected, but it remains underway. All signs point toward Intel delivering new hardware by the end of 2021.

Intel even promoted Koduri in June, putting him in charge of the “Accelerated Computing Systems and Graphics Group” as part of an internal shake-up. That’s a sure sign the company plans to continue its efforts in this area.

This should reassure anyone shopping for an 11th-gen Intel Core laptop with Intel Xe. Team Blue’s brief track record could give some enthusiasts pause, but it appears Intel is serious about its push into graphics. Current Intel Xe laptops will continue to see regular driver updates in the coming years. That’s important, as most people buying a Windows laptop right now will hold on to it for three to five years or longer.

How does Intel Xe stack up against the alternatives?

Intel Xe is a massive boost to the company’s prior UHD 620 graphics. You can expect a three- to four-fold performance boost in most games. The performance lift is so great that you should immediately cross any Intel laptop that doesn’t have Intel Xe graphics off your list. Yes, even that cheap, two-year-old Acer on sale at Amazon.

You should choose Intel Xe over AMD’s Ryzen mobile processors with Radeon Vega graphics. AMD’s Ryzen 4000 and 5000 processors easily beat Intel 11th-gen Core in processor benchmarks, but they are a step behind in graphics performance. You may not have a choice, anyway: While Ryzen can be found in some smaller, lighter laptops, Intel still dominates the ultraportable segment. The same is true of Nvidia’s entry-level hardware: GeForce MX450 discrete graphics is attractive in theory, but is found only in larger laptops.

What about the Mac? Apple’s M1 chip has received plenty of hype, and its integrated graphics solution is quite capable. Many older Mac games are playable on the new hardware thanks to Apple’s Rosetta 2 translation layer. Games that don’t have a native Apple M1 client tend to be unreliable, however, and performance is sometimes disappointing. Check Apple Silicon Games for more on compatibility and performance. On the whole, however, it’s a no-go for PC gamers.

Should you buy a laptop with Intel Xe graphics?

You should absolutely consider a laptop with Intel Xe graphics. if you want a thin-and-light laptop or 2-in-1. Intel’s current Xe graphics focus on entry-level gaming, but it raises the bar on integrated graphics performance, both for Intel and the entire laptop industry.

It’s Time to Re-Onboard Everyone