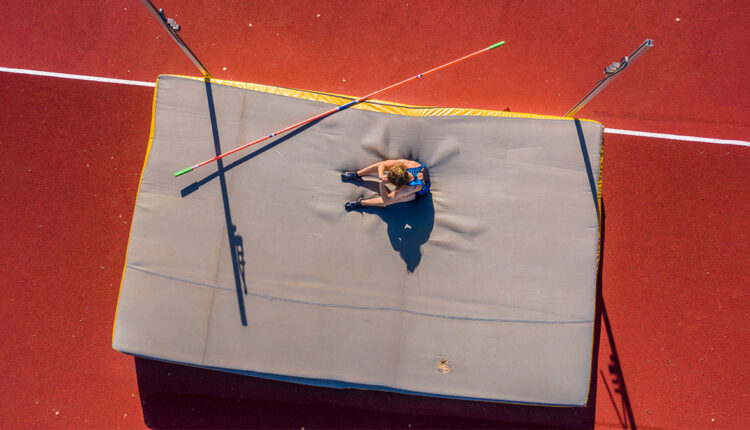 How to Prevent a Rising Star from Flaming Out

Across industries, there’s a puzzling phenomenon: A talented person who has scored one or more major successes then bombs. The authors’ research, which included a network analysis of projects in the video-game industry, uncovered reasons. And they recommend steps that companies can take to ensure that their stars don’t flame out.

If you had to name the top reasons some projects turn into spectacular failures, you probably wouldn’t put “having too much trust in leaders with strong track records” high on your list. However, our research found that managers with the highest status in an organization actually have the greatest risk of experiencing a spectacular failure. We identified some reasons and some possible measures that can reduce the odds of that happening.

Hollywood is very familiar with the risks of being overly trustful of over-hyped talent. Consider, for instance, Heaven’s Gate, an ambitious Western that was one of the most highly anticipated movies of 1981 given that its young director was Michael Cimino, the director of The Deer Hunter, which had won Academy Awards for Best Picture, Best Director, and Best Supporting Actor in 1978.

People expected great things from this emerging new auteur. Instead, Cimino created a disaster. The nearly-four-hour film cost $44 million to make but took in only $3.5 million at the box office. Critics also hated it, and even now, three decades later, rate it as one the worst films ever made. The Guardian called it a movie whose awfulness “defies belief.”

It doesn’t usually work this way. More often, people advance from strength to strength. As far back as the Gospel of Matthew in the New Testament, people have often observed that for “whosoever hath, to him shall be given, and he shall have more abundance…” This phenomenon is common enough, even in less hallowed circumstances, that sociologist Robert K. Merton dubbed it the “Matthew effect.”

In a variety of spheres, from classrooms to the stock market, the Matthew effect seems to be the rule, Cimino-style flameouts the exception. In moviemaking, video game design, and other project-based work, early successes lead people to attract more attention, win more demand, and garner more credit for their achievements, which leads in turn to another success begetting even more access to resources and talent, and eventually, yet another success.

Except when it doesn’t — as Michael Cimino could tell you.

Besides luck, what stops a Matthew from turning into a Michael?

To find out, we conducted a social network analysis — mapping the links of who works with whom and on what project — for project leaders managing innovative product development projects in the video game industry. We chose this method because networks, as our industry experts confirmed, signal status and prestige. Stars are admired individuals with whom others want to work and learn from because of their early success. For example, when you enter a conference room and you want to quickly assess who could be the most important person there, you might look for the person surrounded by the largest group of people. When you spot them, you intuitively think, “Oh, that person must know something.” If many people want to seek the advice of that person or work with them, that’s a sign of status and competence.

To run this network analysis, we drew from a list of the biggest game makers and used information on 4,741 of their projects. We collected this information from Mobygames.com, a video game industry database a bit like the Internet Movie Database. We used the database to find out with whom people worked in a particular organization and with whom those people worked. That allowed us to identify project managers in an organization who had far-reaching networks and consequently could be considered to have a higher status than those with smaller networks.

We constructed these separate longitudinal affiliation networks for each of the 18 companies in our dataset. For a final sample of projects, we examined how, over time, a project leader’s status affected his or her ability to implement a project that was received favorably by critics and consumers.

The results of our research showed that the benefits of status follow an inverted U. Up to a point, popularity improves your odds of success by making it easier to pick projects, attract talent, and gather resources — but there is also evidence of a winner’s curse. If you’re too popular, you may slide into Michael territory, the downhill slope where the odds of spectacular failure grow. Spectacular success is still possible, but at the most extreme, your odds of failure are higher than earlier in your career.

One possible reason is that the star’s proposal often does not get the same scrutiny as earlier proposals, making it more likely that a bad idea slips through. Another may be that nothing in particular is wrong, but “the talent” is in such demand that the person is stretched too thin and unable to focus on that single project. One industry expert, the CEO of a video-game-developer company, told us that his rising status had made it harder for him to focus:

“I can certainly notice that as my status grows, my productivity goes down … [and] the threshold of [my] ‘antennas’ changes. I noticed that when people are not absolutely clear, I start to miss the signals … until somebody says something like, ‘I need help!’ In the past, I had more time for processing the information, but now, if somebody doesn’t scream, then I don’t see the problem.”

Based on our own observations and experiences and interviews with experts in the field, we recommend employing the following measures to prevent your culture from setting up stars for failure:

Often, the better-connected are given the benefit of the doubt, raising the odds of a mistake. Adding more formal criteria can increase the objectivity of the project selection process. Formalization can be also achieved by increased documentation and more emphasis on explicit, written evaluations. In addition, the larger and more multidisciplinary the project review committee, the more objective the evaluation process should become. Multidisciplinary review teams are also helpful in part because the farther the review members are from each other in the company’s intraorganizational network, the less likely it is that one person is well-connected to all of them, which could seriously bias the evaluation process.

In academia, the double-blind peer review system has been used for centuries with great success. Introducing such a system at your company could put more emphasis on the quality of proposals themselves and reduce the potentially negative effect of social influence on project-selection decisions.

Don’t celebrate your stars too much.

Project leaders benefit a lot from the fame and recognition they get as a consequence of their achievements earlier in their career, when they didn’t have a lot of status in the company. But when they have too much status, their lionization can have counterproductive effects, as our research has shown. A little celebration is never a problem as long as your stars don’t take the limelight from their less-renowned counterparts. For instance, when a star is associated with a great achievement, it might be a good idea to emphasize the role of the project team rather than a single individual in company newsletters or at corporate social events.

Make sure your stars aren’t overloaded.

Find a way to keep their attention focused on one project. If the workload cannot be lifted from their shoulders, give them support, so that they can delegate more work to, for instance, less-overloaded “hidden stars.” Set up gatekeepers to limit their distractions. For instance, assigning a secretary to your stars might be a bit old-fashioned but a very helpful measure to reduce their mental overload. Stars’ overload can also be reduced by making their outgoing communication more efficient. Stars tend to be approached often for help and advice. However, their expertise is requested frequently for recurring problems and issues. Companies could motivate high-status employees to codify their knowledge so that others can try to find their answers in a “frequently asked questions” database before taking their valuable time.

Create an environment where people are allowed, or even forced to, criticize each other constructively.

While people might be afraid of giving feedback to high-status leaders, these leaders tend to receive little criticism due to something more subtle as well: people tend to have difficulties with recognizing the limitations of high-status leaders’ contributions. Creating a climate where constructive criticism is not only tolerated but expected can push people to think more critically about their highly esteemed colleagues’ work.

And if you’re the rock star in question? Pick your projects carefully. Watch out if everyone complies with your wishes. And most of all, keep people on your team who aren’t afraid to tell you the truth, teammates you can count on to say, “Sorry, Elvis, but those sequined bell bottoms just don’t quite work.”

Circular Supply Chains Are More Sustainable. Why Are They So Rare?

Figure Out the Right Hybrid Work Strategy for Your Company