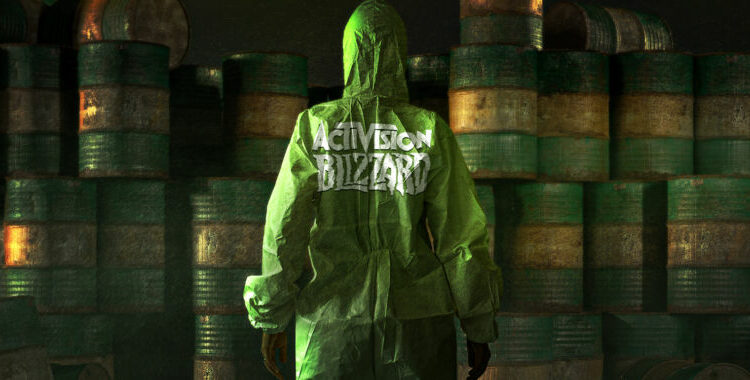 In the wake of a sexual harassment and pay-disparity lawsuit filed against Activision Blizzard, an internal petition has begun circulating at the gaming company. Its text, as independently verified by multiple outlets, comes down against leadership’s public and private response to the suit’s allegations.

Bloomberg’s Jason Schreier and Kotaku’s Ethan Gach reprinted content from the same petition, and both reporters claim that the petition has racked up “over 1,000 signatures” from current and former Activision Blizzard staffers as of press time. The petition begins by describing a public company statement offered in the wake of July 20’s lawsuit and a private, staffwide memo sent by Activision Executive Vice President Frances Townsend as “abhorrent and insulting to all that we believe our company should stand for.”

“We will not be silenced”

Activision Blizzard’s statements from lawyers and executives last week alleged that the California state lawsuit’s allegations were “distorted, and in many cases false,” and the petition aims its words squarely at that characterization. The letter argues that such a corporate response “creates a company atmosphere that disbelieves victims” and “casts doubt on our organizations’ ability to hold abusers accountable for their actions and foster a safe environment for victims to come forward in the future.”

Our company executives have claimed that actions will be taken to protect us, but in the face of legal action—and the troubling official responses that followed—we no longer trust that our leaders will place employee safety above their own interests. To claim this is a “truly meritless and irresponsible lawsuit,” while seeing so many current and former employees speak out about their own experiences regarding harassment and abuse, is simply unacceptable.

It concludes with a call for the company to make public statements that acknowledge “the seriousness of these allegations” and for Townsend to “step down” from her position at the Activision Blizzard King Employee Women’s Network. “We will not be silenced, we will not stand aside, and we will not give up until the company we love is a workplace we can all feel proud to be a part of again,” the petition adds in closing. “We will be the change.”

After the lawsuit was filed, many former Activision Blizzard staffers used social media to add their own allegations to the public record and confirm their individual contributions to the California state investigation. In one of the longest and most detailed lists of recent public allegations, a former Blizzard staffer (and creator of the company’s first internal “[email protected]” mailing list) alleged the following:

“You told me to stick to what I’m good at”

The linked thread points to other public allegations made by former staffers, which range from individual allegations to larger complaints about staff-wide culture at Blizzard and Activision. One of these is a reply to former Blizzard executive Chris Metzen, who used Twitter to distance himself from Alex Afrasiabi—himself a former leader of the World of Warcraft team, who is named in the California state lawsuit as an alleged perpetrator of sexual harassment and assault. The reply to Metzen, from ex-Blizzard staffer Connie Griffith, alleged that “you are the one who told me I should stick to what I’m good at, which was apparently taking notes and organizing meetings. Way to mentor junior female talent.”

Speaking of Afrasiabi, an unearthed video from BlizzCon 2010 began circulating shortly after the lawsuit was filed. It showed Afrasiabi, current Blizzard President J. Allen Brack, and other WoW leadership responding to a woman’s question about wanting characters in the game that “don’t look like they stepped out of a Victoria’s Secret catalog.” The all-male panel responded with multiple jokes disparaging the question, with one in particular asking, “Which catalog would you like them to step out of?”

This video’s recirculation prompted one of the panel’s members, former WoW lead designer Greg Street, to acknowledge the video on Twitter and reply flatly, “Look, it was a shitty answer at the time, and it certainly hasn’t aged well. I wish I had said something better back then.” He proceeded to insist that, “no doubt, that won’t be my last shitty answer,” then doubled down and claimed that “the only way to get better is to [talk to players] a lot,” without acknowledging one key allegation brought up again and again in the wake of the Golden State lawsuit: that Blizzard leadership often failed to listen to, acknowledge, and make space for women’s concerns—and even retaliated against those who did so.

Report: Google has illegally underpaid thousands of temp workers since 2019