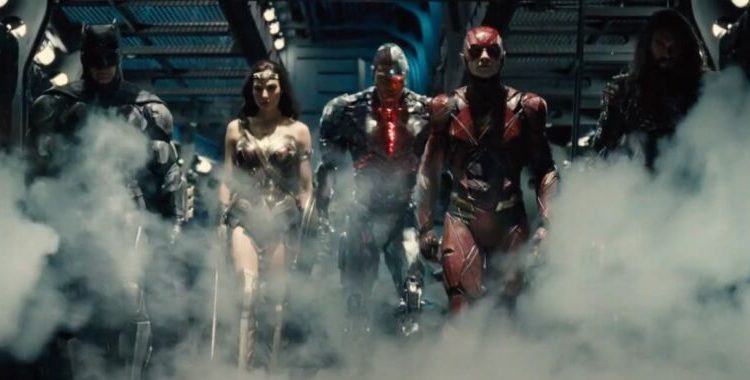 Disappointed DC Extended Universe fans were clamoring for a “Snyder cut” soon after the release of 2017’s Justice League, and Warner Bros. eventually obliged them, announcing it would release the full director’s cut on HBO Max. For Valentine’s Day, the studio dropped a full two-minute-plus trailer for Zack Snyder’s Justice League to further reward the fandom’s patience. Count me among the skeptics on the question of whether we really needed a “Snyder cut,” but I must admit, based on the full trailer, Snyder’s version does seem markedly different from the theatrical release. Among other changes, the trailer includes a brief glimpse of Jared Leto’s Joker, who didn’t appear at all in the original.

As we’ve reported previously, the original Justice League was the third film in a trilogy that included Man of Steel (2013) and Batman v. Superman: Dawn of Justice (2016). It brought together Ben Affleck’s Batman and Henry Cavill’s Superman with Wonder Woman (Gal Gadot), Aquaman (Jason Momoa), The Flash (Ezra Miller), and Cyborg (Ray Fisher). They are on a mission to save the world from arch-villain Steppenwolf (Ciarán Hinds), a “New God” in search of three “Mother Boxes” that will enable him to terraform the Earth into something more hospitable to him and his army of Parademons.

Snyder completed all the principal photography and was well into post-production, but he stepped down as director in May 2017 following the tragic suicide of his daughter, and the studio turned to Joss Whedon (The Avengers) to complete the film. Whedon rewrote the script, adding some 80 pages, and did extensive reshoots, bringing more humor and a brighter tone into the mix. He also cut more than 90 minutes of Snyder’s original footage to accommodate the studio’s requested 120-minute runtime, although Whedon’s version retained the basic story outline. The result was what some critics called a “Frankenstein” film, struggling to incorporate the very different visions of two directors. Reviews were mixed, and while Justice League wound up grossing $657 million, the purported break-even point was around $750 million.

Thanks in part to pressure from fans, Warner Bros. forked over around $70 million to complete the visual effects, score, and editing, as well as reshoots in October 2020, to fully realize Snyder’s original version. Per the official premise:

Determined to ensure Superman’s (Henry Cavill) ultimate sacrifice was not in vain, Bruce Wayne (Ben Affleck) aligns forces with Diana Prince (Gal Gadot) with plans to recruit a team of metahumans to protect the world from an approaching threat of catastrophic proportions. The task proves more difficult than Bruce imagined, as each of the recruits must face the demons of their own pasts to transcend that which has held them back, allowing them to come together, finally forming an unprecedented league of heroes. Now united, Batman (Affleck), Wonder Woman (Gadot), Aquaman (Jason Momoa), Cyborg (Ray Fisher), and The Flash (Ezra Miller) may be too late to save the planet from Steppenwolf, DeSaad, and Darkseid and their dreadful intentions.

HBO Max released a teaser trailer for Zack Snyder’s Justice League during the virtual DC FanDome event last August, set to the mournful tones of Leonard Cohen’s “Hallelujah.” That triggered some legal issues, causing the trailer to be pulled from YouTube until the issues could be resolved. To mark the occasion of said resolution, Snyder released a black-and-white version of that teaser trailer in November, accompanied by a virtual breakdown during a livestreaming event on Vero.

During the DC FanDome online panel, Snyder confirmed that in addition to his cut being darker in tone, the character of Steppenwolf (Ciarán Hinds) has been redesigned and that Steppenwolf’s uncle, Darkseid (Ray Porter), will be the main villain. Darkseid did not appear at all in the original theatrical release, so this will be the character’s first appearance in a live-action film.

Snyder later confirmed that Jared Leto’s Joker will also appear in the director’s cut; the character did not appear in the 2017 theatrical release, but Leto participated in the reshoots. And indeed, the final moments of the new trailer show the Joker slowly turning to the camera, as he says, “We live in a society where honor is a distant memory. Isn’t that right… Batman?”

Zack Snyder’s Justice League premieres in theaters and on HBO Max on March 18, 2021.

Astronomers: A comet fragment, not an asteroid, killed off the dinosaurs