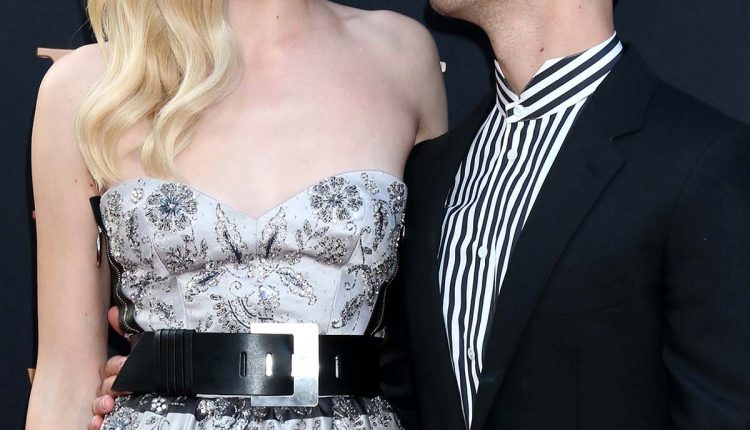 Daddy’s girl! Joe Jonas spoke publicly about his 9-month-old daughter, Willa, for the first time since he and wife Sophie Turner welcomed her last summer.

“It’s been amazing,” Jonas, 31, said of parenthood during an appearance on CBS This Morning on Tuesday, May 4.

The Jonas Brothers musician, who recently celebrated his two-year wedding anniversary with Turner, 25, noted that the coronavirus pandemic has allowed him to be with his two girls more than he ever thought possible.

“It’s been forced time at home,” he said. “I’m always on the go, I’m always moving and traveling and touring. And to be in one place for a solid amount of time and [have] my feet on the ground and be with my family, my immediate family, is time I don’t think I’ll get back.”

The former Disney Channel star added that he is “so thankful and grateful” for his loved ones during this time, joking that as a father he’s learned that “naps are nice — all around.” When asked how cute his daughter is, Jonas quickly replied, “Gorgeous!”

Us Weekly confirmed in July 2020 that the “Sucker” singer and the Game of Thrones alum became parents five months after news broke that Turner was expecting.

“Sophie Turner and Joe Jonas are delighted to announce the birth of their baby,” the couple told Us in a statement at the time.

The pair never commented on Turner’s pregnancy and have remained tight-lipped about their baby girl since her arrival. In September 2020, however, the British actress posted throwback photos from her pregnancy for the first time.

She captioned the series of snaps with emojis of a pregnant woman, hearts and the sun. Her baby bump was on full display in many of the shots, including a poolside bikini photo.

Two months later, Joe’s brother Nick Jonas revealed that he had met his niece, making him the first family member to comment on the duo’s growing family.

“It’s, you know, Joe and Sophie’s thing to speak about or not, but she’s the best,” the Voice coach, 28, told Entertainment Tonight in November 2020.

The same month, a source exclusively told Us that the DNCE musician and the Barely Lethal actress are “already trying to have another baby” and are “really excited to expand their family.”

The insider added that the addition of their daughter has “made them really close and want to have a large family together.”

The Camp Rock actor and the Dark Phoenix star tied the knot in Las Vegas in May 2019. They celebrated with friends and family at a second wedding in France the following month.