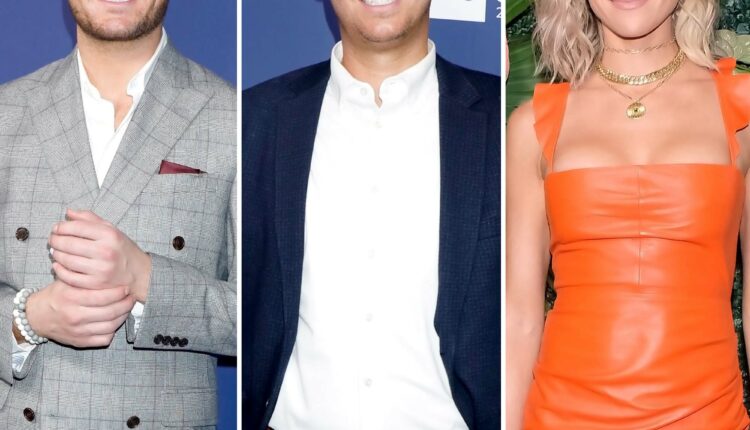 Setting the record straight! Kristin Cavallari addressed her relationship status after rumors surfaced that she was in a love triangle.

“There’s a little something that I feel like I should clear up. I do not feel like I owe anybody an explanation,” the Very Cavallari alum, 34, said via her Instagram Stories on Wednesday, July 21. “Normally, I don’t comment on this stuff. However, these rumors have been going on for about a year now.”

The Uncommon James founder, who has been spotted hanging out with Southern Charm’s Austen Kroll and Craig Conover on multiple occasions following her April 2020 split from Jay Cutler, noted that some people are claiming she’s “involved in a love triangle, which is not true.”

The True Comfort author, who shares sons Camden, 8, and Jaxon, 7, and daughter Saylor, 5, with her estranged husband, 38, didn’t give names but insisted she had never been romantic with the two men in question.

“I haven’t been involved in a love triangle since I was in high school,” she said, referencing her relationship with teenage boyfriend Stephen Colletti and former classmate Lauren Conrad, which was documented on Laguna Beach in the early 2000s.

She doubled down on her comments, writing, “My one and only love triangle was documented in high school” alongside the Instagram Story video.

The Hills alum noted that she’s “not dating anybody” before clarifying that her two male friends are nothing more than platonic pals.

“I haven’t dated anybody in a few months. These two guys who I have been linked to for the past year are my friends. That’s it,” she explained in a social media video on Wednesday. “I’ve never dated either one of them. I can guarantee that I’m not going to date either one of them. It’s possible for a grown woman to be friends with a grown man.”

The designer said, “I’m not dating anybody. I can assure you of that. I’ve actually, really enjoyed being single for the last few months.” She doubled down on her dating status, writing, “I’m single and I’m loving it” on the side of one of her video clips.

Cavallari reminded her fans that her alleged romantic adventures often become a “massive game of telephone” with only a “seed of truth” when they are documented in the media.

The Balancing in Heels author was previously linked to comedian Jeff Dye in October 2020, six months after she and Cutler announced their separation. At the time, Cavallari was spotted kissing Dye, 38, in Chicago.

The pair were later seen packing on the PDA in Mexico in March after reports that they had pulled the plug on their casual romance. The following month, Cavallari exclusively told Us Weekly that she was making herself a “priority” for the “first time in a long time” after amid her divorce.

“[I’m] figuring out exactly what I do want in life [and] who I am. I definitely feel like I’m in a major transitional phase and that’s exciting to me,” she told Us in April. “I’m just letting life happen rather than trying to plan everything out and saying, ‘OK, I want to do X, Y and Z.’ I’m just being more present and that feels really good. … I’m just more at peace in general.”

The former reality star has also been spending a lot of time with friends, including Kroll, 34, and Conover, 32, whom she met in the fall of 2020 after sliding into the Sewing Down South founder’s DMs.

Cavallari made headlines for her friendship with the two Bravo stars after they were spotted in Charleston together alongside her BFF Justin Anderson in late 2020.

Kroll denied that they were anything more than friends, telling Us in November, “There is no Austen and Kristin, you know, it’s just funny. Kristin is a beautiful driven girl, clearly, you know, what I’m attracted to, but she has a lot on her plate. She’s going through her own stuff.”

Kroll and Conover’s visit to Nashville in late 2020 caused drama between the beer maker and his ex-girlfriend Madison LeCroy, who was briefly linked to Cavallari’s estranged husband Cutler in January.

The Southern Charm men and Cavallari have reminded close despite all the drama, reuniting in Charleston along with the mother of three’s longtime pal Steph Biegel last month.