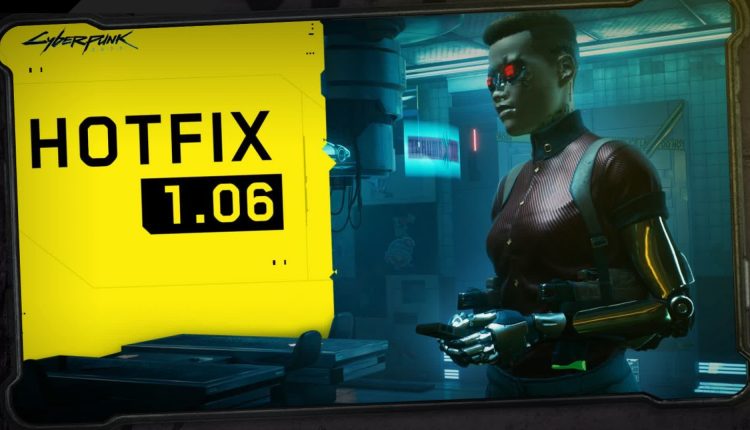 What just happened? Cyberpunk 2077 players now have one less thing to worry about after CD Projekt Red released Hotfix 1.06. The latest patch brings significant improvements to both the console and PC versions of the game. In the case of the latter platform, it fixes the save file corruption bug.

Earlier this week, reports arrived of an issue in Cyberpunk 2077’s PC and Stadia versions that causes save game files to corrupt if they exceed 8MB in size. CD Projekt Red recommended that players try to keep a lower number of items and crafting materials. It also advised against using the item duplication glitch and not to load any save files affected by it.

CD Projekt Red writes that Hotfix 1.06 removes the 8MB save file size limit on the PC, though it doesn’t mention Stadia. The company notes that previously damaged save files cannot be recovered, which comes as bad news for those who have lost hours of progress. “Further investigation why the save files are bigger than expected is ongoing,” it notes on the GOG support page.

On consoles, the patch improves memory management and stability, reducing the number of crashes players experience. It also addresses a bug on all platforms in which Dum Dum goes missing from Totentanz entrance during the Second Conflict quest.

It removes the 8MB save file size limit & requires additional temporary free space on your drive to successfully update.

Worry not – if insufficient space is detected, you can choose a “temporary game update folder” on a different drive in GOG GALAXY. pic.twitter.com/efMLDw5mdZ

Despite GameStop becoming the latest retailer to accept refunds for copies of Cyberpunk 2077, even if they’ve been opened, the game sold over 13 million copies in the ten days following launch and remains a top-seller.

Trump pardons US congressman who spent $1,500 of campaign funds on Steam games

How Arm Came to Dominate the Mobile Market, and It’s Coming for More

Cretaceous birds were thought to have small bills—except this one

The ungentle joy of spider sex

How many turkey feathers does it take to make an ancient blanket? 11,500

Wyze’s first smartwatch could be a winner at just $20

The Windows Subsystem for Linux might soon include Android support, too

David Prowse, the original Darth Vader, is dead at 85

Google accused of illegally spying on employees before…

Uber reportedly looking to sell off Elevate, its flying taxi…