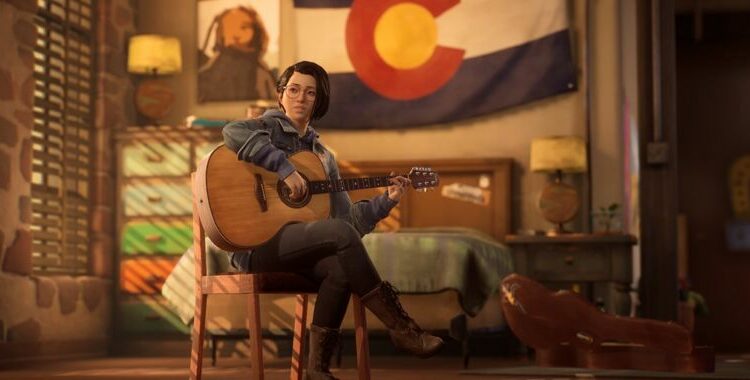 Life is Strange: True Colors hands-on preview: Not afraid to make you sad

This preview is based on limited impressions of the game as tested on the PS5 and made available by Square Enix ahead of the game’s September 10 launch.

With four games released over the past six years (including one mini-spinoff, The Awesome Adventures of Captain Spirit), the Life is Strange series has established a reputation as an unlikely type of narrative adventure. Its YA protagonists, hipster-slanted coming-of-age stories, and proximity to trauma make it part of a specific genre, and the series has proven unexpectedly adept at mostly reinventing itself from entry to entry.

In theory, these underpinnings might suggest a (hear us out) Silent Hill-style problem that the series has so far managed to avoid. But where Konami’s survival horror series punished its protagonists through unique, hellish manifestations reflecting their specific inner demons, Life is Strange‘s supernatural abilities empower its characters. Our protagonists aren’t defined by their tragedies. They could be anything, which allows series developers much more freedom to try new ideas.

Its latest sequel, True Colors, is a great example of just how versatile Life is Strange’s conceit can be. Rather than being able to rewind time or practice telekinesis, protagonist Alex Chen is an actual empath who can see people’s emotions physically. She feels their feelings as powerfully as if they were her own. Her gift is a kind of inversion on the normal series motifs, leading to a number of compelling scenarios and choice-based dilemmas over the several hours we spent testing out the game. It’s classic Life is Strange, yet cast in a new, nonepisodic light.

Alex’s power feels more basic at first. Most of the first chapter sees her leaving a troubled life of foster care in Portland to live with her estranged brother Gabe in Colorado. While meeting Gabe’s friends and getting to know her new home of Haven Springs (or Haven, as the locals call it), the action mostly unfolds in typical Telltale-esque fashion—a minor dialogue choice here, a major branching moral decision there. This isn’t a big departure from the series, and the usual minor environmental investigations, interactions, and light puzzle-solving occasionally break up the conversations.

That’s not to say this focused character development is poorly done. Though initially somewhat awkward (mirroring Alex’s feeling of being an outsider) and maybe a touch too emotionally earnest before you get a good grasp on what makes anyone tick, the dialogue is sharp and authentic, which hasn’t always been true with this series. Despite their distance, the bond is evident between the siblings. Gabe’s heart of gold and goofy exuberance is so infectious you can’t help liking him. This foundation of his character becomes critical to the story as it progresses, radiating out to touch everyone in the town.

A fascinating, if maybe overlooked, implication of Alex’s empathy is that it essentially allows to her to practice a form of, uh, benevolent emotional manipulation. Starting out in most situations incapable of doing more than expressing a worried voiceover after experiencing someone’s intense anger or pain, the player option (and often necessity) of pushing dialogue in one direction or another soon becomes central to solving problems. Whereas the dialogue tree may at first only lead to other characters shutting down conversations, Alex can affect these outcomes by reading their deeper feelings, gaining new information, or otherwise changing her viewpoint of a given situation, with the best intentions.

From the chapters we played, Alex only briefly addresses the implications of these manipulations, buried in her journal. (Looking at her journal is optional, as is reading the social media posts and organically written text messages that illuminate the offscreen lives of everyone in Haven.) Still, the impact of these powers could carry more weight in the game’s final act. Either way, as Alex awakens to her true potential, she finds it’s possible to change her perspective in surprising ways. Without getting too far into specifics, this opens up rich, imaginative new layers of exploration, introspection, and her effect on the world.

While elevated by strong performances and writing, the script we saw didn’t always make an effort to prioritize the “serious” plot driving its central mystery, which may feel odd depending on what you’re looking for. And we found small inconsistencies in dialogue based on actions the player has or hasn’t already taken. The game is nothing to write home about from a technical standpoint, with sporadic frame drops while exploring Haven Springs and hit-or-miss visual quality. And don’t get us started on the inexplicable, upwards-of-10-second loading times whenever Alex enters a new scene or building, despite running on the SSD-fueled PS5.

Still, focusing on these quibbles would miss the point. Square Enix hasn’t been shy that True Colors revolves around loss, and it’s through Alex’s new relationships and shared experiences with her newfound community that the game shines. True Colors might end up being the series’ most genuine reinvention yet.