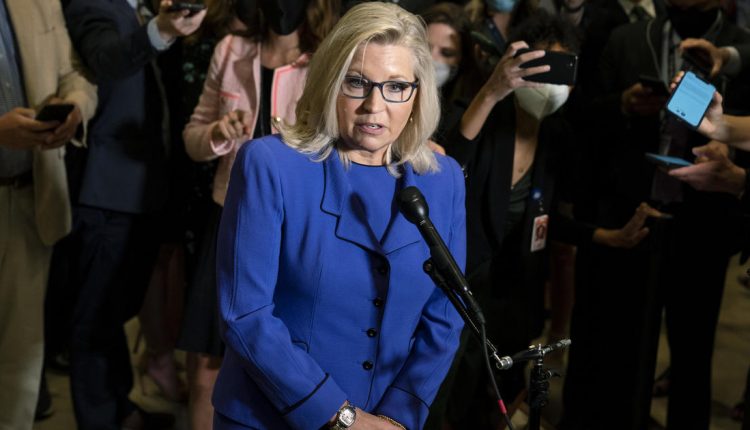 Congresswoman Liz Cheney criticized Fox News in an appearance on the network on Thursday evening, saying that the right-wing cable news channel has a “particular obligation to make sure people know the election wasn’t stolen.” Cheney’s remarks come after House Republicans voted to remove her from her leadership position on Wednesday.

“We all have an obligation, and I would say Fox News especially, especially Fox News, has a particular obligation to make sure people know the election wasn’t stolen,” Cheney said in an interview with Fox News anchor Bret Baier.

Cheney’s ouster was a result of her frequent criticism of former President Donald Trump, and her condemnation of his repeated false claims that the election was stolen. She has also urged Republicans not to downplay the deadly attack on the U.S. Capitol on January 6 by a violent mob of Trump supporters. Cheney was one of just 10 House Republicans to vote to impeach Mr. Trump on a charge of incitement of insurrection in January, and survived a previous attempt to expel her from her post in February.

In a tense exchange with Baier, Cheney argued that “we have to be in a position where we are being clear,” and said that Fox News “needs to make sure” that they are debunking lies about the election.

Fox News is largely sympathetic to Mr. Trump. One of its flagship shows, “Fox & Friends,” is a favorite of the former president, and anchor Sean Hannity is close to Mr. Trump.

House Minority Leader Kevin McCarthy supported the effort to oust Cheney, and argued that there needed to be unity in Republican messaging ahead of the 2022 midterm elections, which could not be accomplished by criticizing the former president. McCarthy said last week that Republican members were concerned Cheney couldn’t “carry out the message” of the conference.

But Cheney has been defiant in the face of opposition, saying Wednesday that she “will do everything I can to ensure the former president never again gets anywhere near the Oval Office.”

Records fall as heat wave bakes B.C. — and it’s only…

Judge rejects most claims over clearing of protesters from…