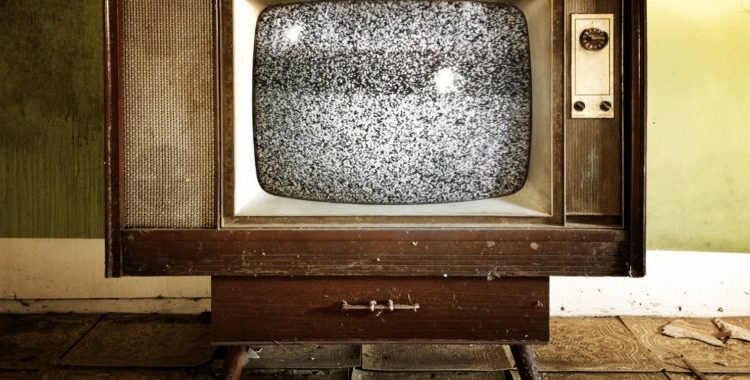 Update, 9/2/2021: Locast said it is shutting down its TV service, at least for now, in response to its loss in court. “We are suspending operations, effective immediately,” Locast said in a message on its homepage. “As a nonprofit, Locast was designed from the very beginning to operate in accordance with the strict letter of the law, but in response to the court’s recent rulings, with which we respectfully disagree, we are hereby suspending operations, effective immediately.”

Original Story, 9/1/2021: The major broadcast networks have won a big copyright ruling against Locast, a nonprofit organization that provides online access to broadcast TV stations. Although it’s a partial summary judgment, the ruling by a federal judge rejects Locast’s primary defense against claims of copyright infringement.

Locast was sued by ABC, CBS, Fox, and NBC in July 2019. The companies alleged that Locast “must have a license to retransmit copyrighted television programming” even though the TV channels are available over the air for free. The lawsuit argued that Locast must “secure the consent of the broadcasters to retransmit the broadcast signals” in the same manner as cable, satellite, and online video services. Locast fought the lawsuit, saying it qualified for a copyright-law exemption available to nonprofits.

US District Judge Louis Stanton yesterday granted the networks’ motion to dismiss Locast’s affirmative defense that its service is exempt from liability under the US copyright law. The law enacted in 1976 allows secondary transmissions by nonprofit organizations if they receive no “commercial advantage” and do not charge users anything more than what’s “necessary to defray the actual and reasonable costs of maintaining and operating the secondary transmission service.” Locast cites this exemption as the key to its argument that its service is legal.

Stanton found that Locast doesn’t qualify for that exemption because it uses payments from viewers to fund its expansion into new geographic markets. In addition to granting the networks’ motion, he denied a Locast motion seeking a summary judgment that it does qualify for the statutory exemption.

With Locast having lost on this crucial point, there is apparently nothing left for the judge to rule on. “In December of 2019, the parties agreed to limit the scope of the litigation to the issue of applicability of the Section lll(a) (5) exemption, which is the sole question before the court on these two motions,” Stanton wrote.

Locast is represented by the Electronic Frontier Foundation (EFF), which today said that the “court interpreted the law in an artificially narrow way. Congress wrote copyright’s nonprofit retransmission exception to make sure that every American has access to their local broadcast stations, and expanding access is exactly what Locast does. This ruling that nonprofit retransmitters can’t use viewer contributions to expand access will do the opposite of what Congress intended.”

In a notice sent to users and posted on its website, Locast said the ruling is “disappointing” and that it is evaluating options for how to proceed. Locast says it has over 3 million users, most of whom use its free version. There’s also a paid version.

If the ruling stands, Locast could be forced to change its pricing, limit expansion into new markets, or buy retransmission licenses. The EFF called the ruling “a blow to millions of people who rely on local television broadcasts,” but no changes to the Locast service have been announced.

“Make no mistake, this case demonstrates once again how giant entertainment companies use copyright to control when, where, and how people can receive their local TV broadcasts, and drive people to buy expensive pay-TV services to get their local news and sports,” the EFF said. “We are disappointed that the court is enabling this callous profiteering that tramples on Congress’s intent to ensure local communities have access to news that’s important to people regardless of their ability to pay.”

The case is in US District Court for the Southern District of New York. Locast could challenge Stanton’s ruling in a federal appeals court.

The Locast litigation is reminiscent of a previous case that put online-TV company Aereo out of business.

The free version of Locast’s service interrupts programming every 15 minutes “with a fifteen-second video requesting donations,” Stanton noted. Users can pay $5 a month to eliminate those donation appeals or “request that the service stop displaying the donation requests based on their financial circumstances.”

Locast also gets donations from pay-TV providers such as AT&T, which integrates Locast into its consumer offering. TV providers have repeatedly objected to the retransmission fees charged by broadcast networks, sometimes leading to channel blackouts and making Locast an attractive option for companies that want to pay less for programming.

Despite the partnership with TV providers, direct payments from users accounted for $4.37 million of Locast’s $4.52 million in revenue in 2020, the judge’s ruling said. “On those undisputed facts, in 2020 Locast made far more money from user charges than was necessary to defray its costs of maintaining and operating its service,” Stanton wrote.

Update at 6:20 pm ET: Locast is suspending the donation prompts that interrupt programming. “Although we disagree with this interpretation and are exploring our legal options to contest it, out of respect for the court’s order, Locast is suspending immediately all programming interruptions to request donations,” the company said, according to Law360 reporter Kelcee Griffis.

Locast also sent emails to users saying that “anyone located in a market we serve who signs up for Locast will get the service without interruption, regardless of whether or not they donate,” according to The Verge. “Of course, it is up to you whether or not to contribute to Locast. But if you currently contribute, we humbly request that you continue to do so. And if you don’t contribute, we hope that you will do so if you can afford it.”

Judge: Locast can’t use payments from users to expand

Defendants aver that contributions from users are essential to the expansion of the Locast service. They argue that disallowing use of the assessments for that purpose would prevent expansion, which they say was not intended by Congress when granting the exemptions.

But under the statute, income made from charges to recipients can only be used to defray the actual and reasonable costs of maintaining and operating the service, not of expanding it into new markets. The argument that Section lll(a) (5) should not “prevent” a natural process of expansion misconceives the statutory structure… Nothing in Section 111 specifies that an expansion of the number of infringing transmissions is exempt from that law, and it is not for a court to infer that Congress really meant to allow them.

Locast’s argument likely would have held up if Congress had added the word “expanding” to the copyright-law exemption that lets nonprofits charge users enough to cover the “costs of maintaining and operating the secondary transmission service.”

“But expansion is nowhere mentioned, and it is therefore excluded from the short, tightly crafted grant of exemptions,” Stanton wrote.

Locast remains “committed to its mission”

Locast’s fight is not over, according to a statement from one of the lawyers on its legal team.

“Our client is in the process of evaluating the decision and formulating next steps,” said R. David Hosp, a partner at Orrick, Herrington & Sutcliffe. “Locast provides a valuable service to its over 3 million users who are otherwise unable to access the over-the-air broadcasts to which they are entitled by virtue of their location or economic circumstances. Our client remains committed to its mission of delivering free, local broadcast TV service to all Americans, and particularly for those consumers who can’t afford pay-TV services like cable, satellite, or streaming, or who can’t get their local broadcast channels using an over-the-air antenna.”