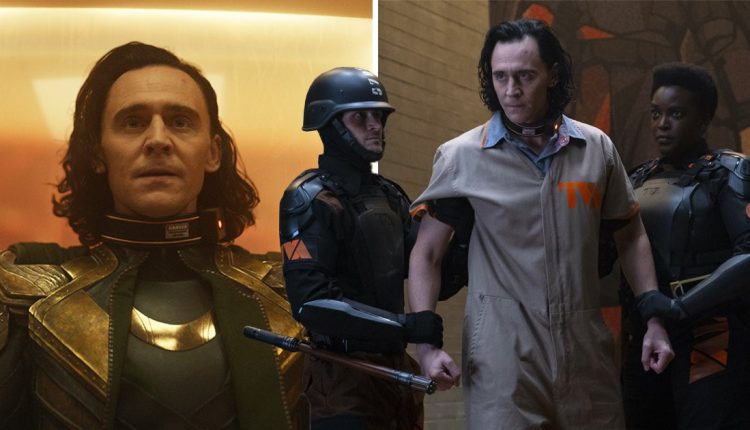 There’s something about Loki that Marvel fans just can’t seem to resist, despite his many – MANY – wrongdoings in the MCU leading up to episode 1 of his new series on Disney Plus.

Loki (Tom Hiddleston) began his journey in the Marvel Cinematic Universe as a conniving figure capable of turning on his family and kingdom in a ploy for power… and 10 years later, we finally have the chance to get under his skin and discover exactly what makes the God of Mischief tick.

Loki kicks off straight after the events of Avengers: Endgame, when the Avengers travelled back in time to retrieve the Infinity Stones so that they could Snap half of the universe back into existence after Thanos (Josh Brolin) caused their obliteration in Avengers: Infinity War.

After venturing back to the Battle of New York in 2012, when Loki and the Chitauri were defeated, the Avengers’ plan hits a snag when Tony Stark (Robert Downey Jr) accidentally drops the briefcase carrying the Tesseract, otherwise known as the Space Stone.

Loki grabs the opportunity to escape by the horns, picking up the Tesseract and vanishing out of the Avengers’ grasp. However, in doing so, he unknowingly causes a disruption to the timeline, resulting in him being apprehended by the TVA (Time Variance Authority) and labelled a ‘Variant’.

It’s important to remember that the Loki we meet in the Disney Plus series is the version of the character who just launched a full-scale alien attack on New York, having been given free rein by Thanos to wreak havoc on Earth, attacking, hypnotising and killing those who got in his way.

So why is it that despite Loki’s villainous and downright evil antics… we can’t get enough of him?

This is, of course, majorly down to the fact that no one but Tom could pull off a character as devious and alluring as Loki with such flair. Thank Odin he wasn’t cast as Thor (a role he actually auditioned for).

Just like Robert as Iron Man, Tom was born to play Loki. And boy does he continue to deliver in his eponymous Marvel show with every wink, menacing grin and quick-witted retort a decade after first donning his greasy-haired wig.

While the MCU has only just started to dip its toe into the prospect of a multiverse – a concept that will undoubtedly be explored at great length in Doctor Strange in the Multiverse of Madness – the time-bending backdrop of Loki presents a unique opportunity to take his story in weird and unexpected directions.

Will Loki go down a path of redemption that we know he is capable of, having witnessed his development in Thor: Ragnarok and (very briefly) in Avengers: Infinity War? Or will the God of Mischief live up to his name, taking advantage of the TVA to help him finally achieve his glorious purpose he loves to go on about?

In a similar vein to WandaVision, Loki is an experimental release, proving that the MCU is willing to take risks in the knowledge that Marvel fans will lap it up. But the tone of Loki does feel different to anything the MCU has released before.

We’re not dealing with magic here – we’re dealing with the consequences of meddling with time, something that fans have been yearning for ever since Endgame, when Steve Rogers (Chris Evans) decided to stick around in the 1940s and return as an old man.

Not only does Loki have the potential to tie up loose ends from the MCU, but the first two episodes make it apparent that it will have a significant impact on Marvel releases going into Phase Four and beyond.

Prepare for cliffhangers that will leave you scratching your head, heartache (because even though Loki is technically a Frost Giant, he doesn’t have a heart of ice) and a whole lot of fun that only Marvel’s resident trickster could muster in apocalyptic circumstances.

A welcome new arrival into the MCU is Owen Wilson as Mobius M Mobius. The Wedding Crashers and Marley and Me star slots in perfectly as an accomplished TVA agent with the ability to suss out Loki’s cunning ways.

The comedic actor known for his long blonde locks and unmistakable cadence makes a perfect companion to Loki. He’s willing to go along with Loki’s banter, but also doesn’t hesitate to knock him down a peg or two, providing Loki with a dose of groundedness he sorely needs.

Marvel fans counting down the hours until they can watch Loki are right to be excited. Tom has been deserving of his own MCU release ever since his first appearance in Thor, and this Disney Plus series is definitely worth the 10-year wait.

Not only will the six-episode arc give the actor room to explore new sides of the character yet to be revealed to viewers, but Loki’s narrative is sure to have huge repercussions on the rest of the MCU… and we can’t wait to see how, where and when the seeds are planted.

Loki premieres on Wednesday June 9 on Disney Plus.

Where has Lorde been as she teases first new music in four years?