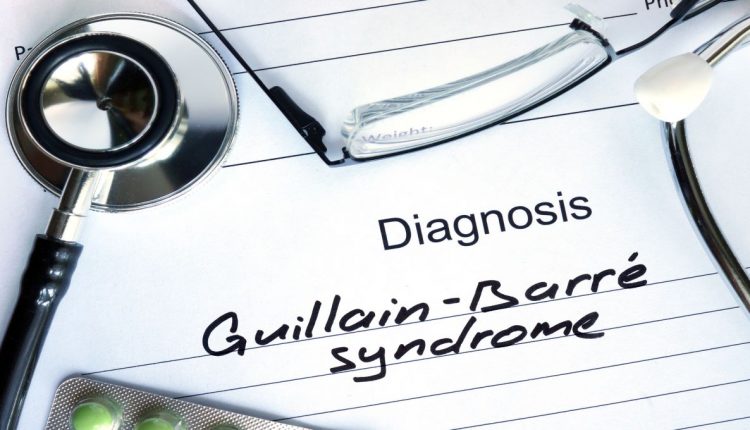 A man affected by Guillain-Barré syndrome potentially after suffering food poisoning is raising awareness of the impact brain injuries can have.

William Marsh, from Glamorgan in Wales, had symptoms including stomach cramps and diarrhea at the end of a week-long all-inclusive stay at the Riu Naiboa resort in the Dominican Republic in 2018.

His illness continued on his return to the United Kingdom, but Marsh planned on returning to work. However, the morning he was due back, he woke up and had no feeling in his legs, a sensation that spread across his body.

The 58-year-old was diagnosed with Guillain-Barré syndrome, a serious condition which can be a complication from food poisoning such as Campylobacter infection, or the flu, glandular fever, HIV and some tropical diseases.

Three years after diagnosis
Marsh was in a coma for about 10 weeks and spent seven months in hospital undergoing rehabilitation. He remains paralyzed three years on from the diagnosis. The father of three cannot walk and has been unable to return to work because of the brain injury. He requires a hoist to be lifted into a wheelchair and has weakness down his left side.

An estimated 1,300 people are affected by GBS annually in the UK. About 80 percent will recover, but between 5 percent and 10 percent die and 10 percent to 15 percent experience long term effects ranging from limited mobility to dependency on a wheelchair. In people with Guillain-Barré syndrome, the immune system attacks the nerves, damaging them and stopping signals from the brain traveling along them properly, which can cause numbness, weakness and pain in the limbs.

The holiday at Riu Naiboa was booked through TUI UK Limited to mark his 25th wedding anniversary and began in July 2018. He stayed at the resort with his wife Kathryn, 51, and their 17-year-old daughter.

Tour operator TUI UK has denied liability and lawyers at Irwin Mitchell are preparing to launch court proceedings after being told to investigate in May 2020.

Impact of illness
“Kathryn, and my daughter, fell ill first and then it hit me. The symptoms were awful but we just tried to keep on going as I as I was due to go back to work,” said Marsh.

“I need so much help to do even the simplest of tasks now. I became a lot more reliant on Kathryn for help. Rather than being my wife she is now more my carer. It’s incredibly difficult to put into words how life has changed over the last few years. It is still hard to believe everything that has happened to me and it has been tough facing up to the fact that I may never walk properly again.

“Before my illness I’d never heard of Guillain-Barré but sadly I know now how dangerous it is. Throughout my time battling with Guillain-Barré syndrome, it has become clear just how misunderstood the condition is and how many people do not know much about it at all. I remain determined to get to the bottom of the cause of my illness but also to raise awareness of the support available.”

Action for Brain Injury Week runs from May 17 to 23 and is supported by the charity Headway. Marsh has also been helped by the charity Guillain-Barré and Associated Inflammatory Neuropathies (GAIN). May is GBS Awareness Month.

Jatinder Paul, a senior associate solicitor at Irwin Mitchell, said the family’s life has been turned upside down by the condition.

“What was meant to be a celebration for William and Kathryn has turned to despair with William still greatly impacted by his illness. William still has many questions about how he fell ill. We’re determined to help him establish what happened and also secure him access to the specialist support he needs to ensure he gets the best from life.”

Salmonella sickens up to 50 in Denmark and Sweden; food source suspected