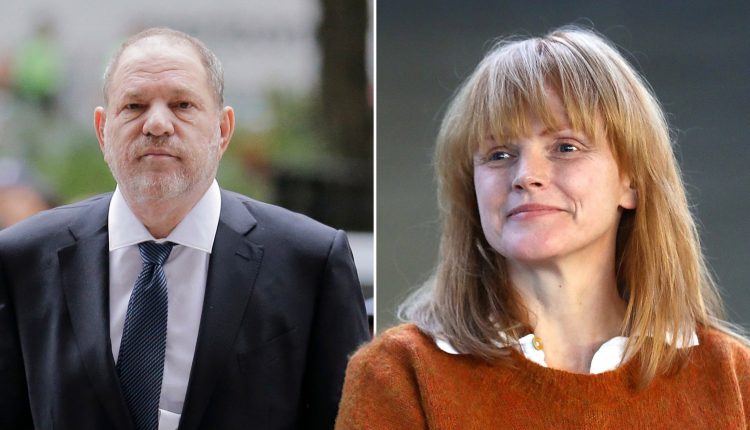 Maxine Peake is set to star in a thriller inspired by the Harvey Weinstein scandal, about workplace politics.

The BBC series, Rules Of The Game, will star the Shameless actress as Sam, a hard-headed manager at a family-run business in the North West.

When new HR director Maya begins her new job, she tries to shake up the old-fashioned lads culture and begins investigating historical cases of misconduct.

Sam isn’t happy at the suggestion of institutional bias against women and believes things are different now that she is in charge.

But everything changes when she arrives at work one day to find a dead body in the office reception, and secrets start to come out.

Writer Ruth Fowler said: ‘When we conceived this show it was during the Weinstein scandal, and I was concerned it might have dated in the interim.

‘How sadly wrong I was, and I’m honoured the BBC and everyone else championing this story did not let it fade away as its relevance has become even more acute.

‘Many women’s experiences (including my own) inspired this fictional show – with the added benefit that in the retelling no women were harmed, maimed or exposed to Harvey.

‘I’m delighted the brave, wonderful and tenacious Maxine Peake is on board to help tell this story.’

Weinstein is currently serving a 23-year prison sentence after being found guilty of criminal sexual act in the first degree and rape in the third degree.

Accusations against the former producer led to the creation of the #MeToo movement, which saw scores of high-profile women sharing their own experiences of sexual harrassment and assault, and calling for change.

Peake is best known for her roles in TV shows like Shameless and Silk, and films like The Theory of Everything.

Rules of the Game doesn’t yet have a release date.


MORE : Stephen Fry to guest narrate BBC’s ‘truthful and profound’ U Me: The Musical that centres on virtual love story