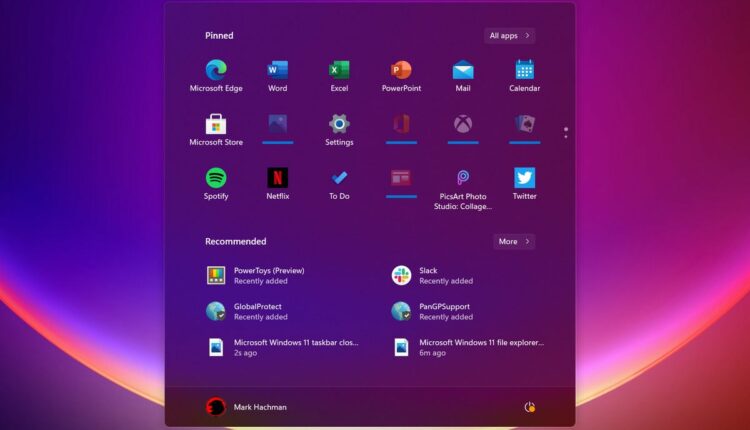 Microsoft has officially unveiled Windows 11, a new iteration of Windows that promises a host of visual upgrades, as well as new behaviors to the basic OS experience.

“This is the first version of a new era of Windows,” Microsoft chief executive Satya Nadella said during the unveiling of Windows 11. “We’re building for the next decade and beyond.”

Windows 11 will be released as a build for Windows Insiders next week, Microsoft says, and released to the general public by holiday 2021. An early, partial build of Windows 11 leaked on June 15, allowing users an early peek at Windows 11 and what Microsoft had planned.

New Windows 11 features include a simplified Taskbar and Start menu, plus some visual upgrades, including rounded corners on icons and a fresh look for familiar interface elements—even in the way light moves across pixels.

One of the biggest additions to Windows 11 is the Widgets drawer, which will contain what Microsoft calls “web widgets.” Those widgets will play a central role in Microsoft’s new monetization strategy for Windows 11, executives say. At its reveal, executives also showed off a brief glimpse of an updated Microsoft Store.

The other big news is Windows 11’s embrace of Android apps, which will be coming to Windows via the Microsoft Store, Microsoft executives said. The new apps will run on Windows using “bridge” technology, which Microsoft did not fully explain in its webcast on Thursday.

Microsoft released a sizzle reel of the new Windows 11 features, which you can see below. Microsoft specifically pointed out that all of the new features may not be available in the first builds of Windows 11 which will be released. Microsoft plans to have them all available by the general release in holiday 2021.

Microsoft says Windows has more than one billion users, and the company believes that the PC will play a central role as the world moves forward from the pandemic. Company executives said that they wanted to build a Windows that feels fresh and modern, and brings people closer to what they love, such as games and streaming video.

Windows 11 will be a free upgrade for all eligible Windows 10 PCs, beginning late in 2021 and extending into 2022. To check whether your current Windows 10 PC is eligible for the free upgrade to Windows 11, Microsoft recommends that you visit Windows.com to download the PC Health Check app.

For more information, check out our Windows 11 superguide.