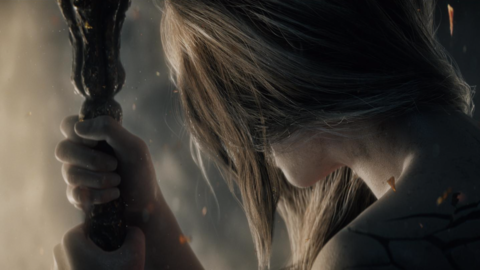 Microsoft has responded to a report about Elden Ring, the next game from the developers of Bloodborne, confirming the game will not make an appearance at an event in March. [Update: a leaked trailer for Elden Ring has made its way online].

Marketing boss Aaron Greenberg said on Twitter that you should not expect an Elden Ring reveal during a Microsoft event in March, which also has not been confirmed.

“Just to set expectations: this is not happening. There are always things we have in the works, but nothing coming soon that would feature game announcements or world premieres like this,” Greenberg said.

Just to set expectations: this is not happening. There are always things we have in the works, but nothing coming soon that would feature game announcements or world premieres like this. https://t.co/nO868SCbpZ

According to multiple reports, Microsoft is planning some kind of gaming event for March. Paul Thurrott reported that this will be a “what’s new for gaming” event on March 23, though exactly what type of showcase it would be remains to be seen.

Separately, noted reporter Jason Schreier, who has consistently reported with accuracy on unannounced projects, said on Twitter that there is “strong evidence” that Elden Ring will be shown “relatively soon.”

I know lots of people are desperate for Elden Ring news. I don’t know much about it (except that it’s been delayed a bunch). But there is strong evidence floating around that the game will be shown relatively soon. It’s not going to pull a Winds of Winter. Elden Ring has pages

An action-RPG, Elden Ring is in development at FromSoftware, with Hidetaka Miyazaki serving as the game director. Acclaimed fantasy author George R.R. Martin consulted on the game.

Very, very little is known about Elden Ring in the way of specifics. Xbox boss Phil Spencer has played “quite a bit” of the game, and he’s excited about it.

“I can’t tell you much other than, as somebody who’s played all of Miyazaki’s games over at least the last decade, this is clearly the most ambitious game that he’s done,” Spencer told GameSpot. “I mean, I love his games, but seeing some of the gameplay mechanics stuff that he and the team are tackling this time, of the setting, working with another creator in terms of story. I love it. I love seeing him challenging himself, he’s a good friend of mine, expanding his horizons. I think it’s a good thing.”

Check out GameSpot’s roundup of everything you need to know about Elden Ring to learn more.