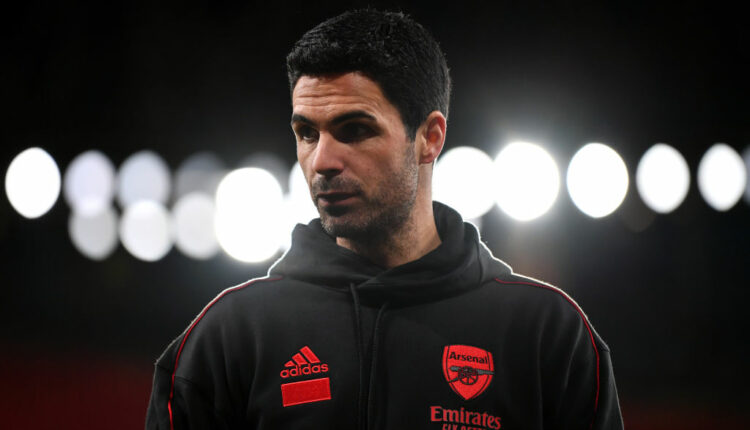 Arsenal manager Mikel Arteta could face the sack by the end of the month as the Gunners prepare to face London rivals Chelsea and Premier League champions Manchester City.

That is the view of former England defender Glen Johnson, who says he ‘can’t see’ Arsenal sticking by Arteta if the team make a poor start to the season.

The north London club finished eighth under Arteta last term and began the 2021-22 campaign with a dismal 2-0 defeat at the hands of Premier League new-boys Brentford.

‘At the moment the gap between them and the top four is getting even bigger. They’re going to have a big, important season on their hands to try to get around seventh or eighth.

‘There is massive pressure on Arsenal already for obvious reasons. I don’t want to see Mikel Arteta get sacked, I want him to come good and hopefully Arsenal get back to competing and giving us the beautiful football we’re used to watching.

‘But I can’t see how the club could stick by him and ignore the pressure from the fans if they get off to a slow start.’

The onus is on Arteta to improve Arsenal, particularly following their heavy spending during this summer’s transfer window.

The Gunners spent £50m on England defender Ben White and are set to spend around £60m on incoming signings Martin Odegaard and Aaron Ramsdale.

Ex-Tottenham midfielder Jamie O’Hara has been scathing about Arsenal’s deals for Odegaard and Ramsdale and says it shows the club are now ‘Banter FC’.

‘If they sign Odegaard and Ramsdale, they will have spent £135m this summer on a B team. Is their team any better than it was last season?’

Arteta will be desperate to see his team respond against Chelsea this week, having been left ‘disappointed’ by Arsenal’s performance away at Brentford.

Following that defeat, he said: ‘I’m disappointed. We started the season against a good opponent. I don’t think we deserved anything different. They scored from a long throw-in and we didn’t have enough presence in the box.’