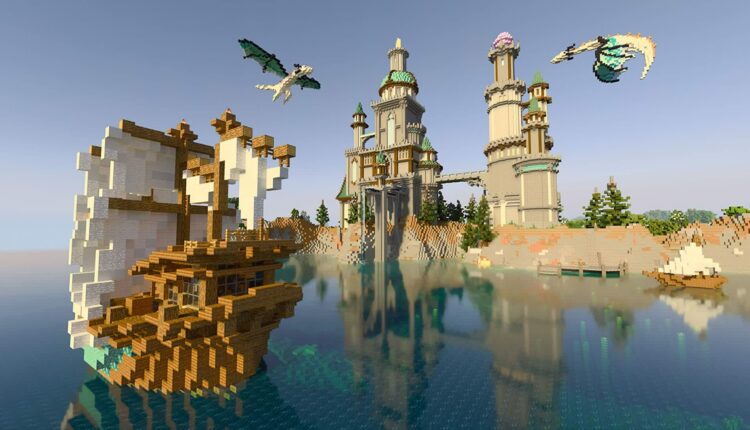 In brief: Minecraft is one of the most popular and accessible games in the world. It’s available on virtually every platform you can think of, from mobile devices to PCs and consoles, and it comes in two distinct flavors: Bedrock Edition and Java Edition. Soon, both Editions will be available in one cohesive package.

Java Edition is geared more toward hardcore players who want to tweak and mod their experience to their liking, with the same, classic UI the game has offered for a decade.

The Bedrock Edition, on the other hand, is aimed at the average user. It offers paid skins, worlds, and even ray-tracing — you can get similar content in Minecraft’s Java edition, but it usually requires some extra effort from the user. Bedrock Edition also features full cross-play between platforms, making it more attractive for those with friends that play on a console or a mobile device.

Due to their different audiences, there’s always been a rift between Bedrock and Java Editions of Minecraft. However, come November 2, that will change, to an extent. On that day, both versions will finally come to Game Pass for PC, unified under the “Minecraft PC Bundle” moniker.

This is pretty big news for Minecraft fans. Until now, despite Microsoft owning both Game Pass and the block-based building title, the latter has been curiously absent from the former. Changing that was a no-brainer, but Microsoft went above and beyond by offering both versions of the game in one cohesive package.

Both titles will be accessible through a new, unified Minecraft Launcher, which will let you swap between them at will.

Microsoft’s official announcement post also references cross-play, which would seem to imply that Java and Bedrock Edition players will finally be able to play together. However, the wording is vague enough that we can’t say for certain — we’ll reach out to the Minecraft team for confirmation.

If you don’t already have a Game Pass subscription, it’s worth checking out. You’ll often find brand-new PC titles there on day one, and Microsoft tends to run lengthy free trial promos for new users (I’ve collectively bagged about six months of free subscription time).